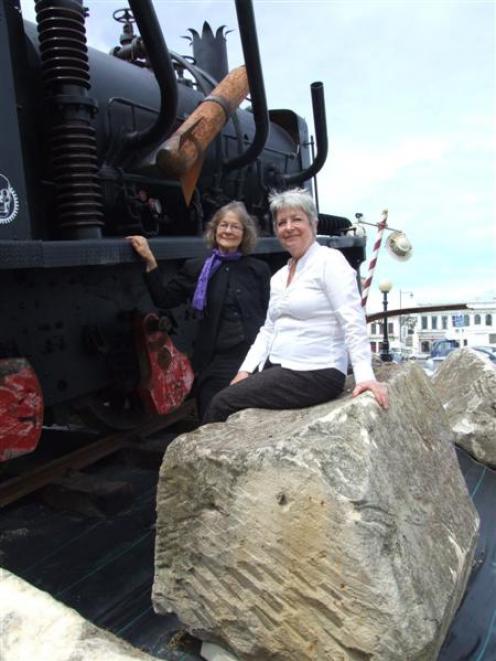 Marie Grunke (left) and Nathalie Brown, who are helping organise a sustainable skills summer school in Oamaru next month. Photo by Sally Rae.
Concerned about peak oil and climate change? So is Oamaru's Natural Heritage Society.

It has taken a pro-active approach to raise awareness of the issue by encouraging people to learn new skills to ensure they can function when readily available oil and its products become increasingly scarce.

In response, a sustainable skills summer school in Oamaru, from January 15-23, has been organised by Transition Town Oamaru - which comes under the umbrella of the society - to address the consequences of peak oil and climate change.

The world was heading for a time of major international disruption to oil supplies and 2012 was strongly indicated as "crunch time", one of the organisers, Nathalie Brown, said.

Since 2006, when Prof Rick Sibson spoke at a workshop weekend in Oamaru, a group in the town had been "acutely aware" of the implications for small communities of what was going to happen and what people needed to do to prepare for a time when oil shortages were a reality, Ms Brown said.

The idea of the summer school was to have artisans, crafts people and artists teach sustainable skills.

The 35 classes, with 20 tutors, had had a "terrific" response, with registrations from as far afield as Christchurch and Dunedin.

The whole community needed to get together to look at how it was going to function.

There were people with "remarkable skills" they could be passing on to others.

The key to the peak-oil and climate-change issue was for people to return to a more resilient and self-reliant way of life.

That could be done with a great amount of "enthusiasm, energy and pleasure", Ms Brown said.

Another summer school organiser, Marie Grunke, said it was a time "when if we don't do it, it'll be too late".

"It's like an awesome responsibility, awesome privilege to be the people to really do something.

"You're on the fine edge, on a pinnacle.

"If you feel you can make any difference at all, you give it your best shot.

Sr Grunke will provide a direct experience of sustainable living, as one of the summer school courses.

Participants will visit her 1860s Oamaru stone cottage, where she has lived without electricity for nearly 14 years.

They will enjoy home baking from her wood-fired range and a cup of tea while she describes her way of life.

Sr Grunke loved the simplicity of her life, saying the "trappings" had no appeal for her whatsoever.

"A lot of people couldn't be bothered with that.

"Every day has to be lived with an awareness of where things are going to come from in order for me to survive off the grid.

"I'm more alive this way than I've ever been," she said.

It was hoped to hold the summer school annually, if not regularly.

There were still places available for some of the courses. 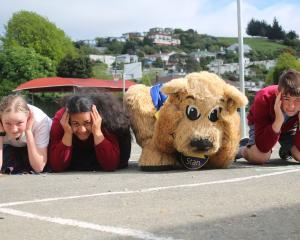