0 Comments
There was not an unhappy dog or owner in sight at the second Oamaru Dog Expo held at the weekend.

More than 100 people trickled into the event, making the most of the agility course, costume competition, stalls and the many dogs happy to be petted.

Highlighting the day was a competition to become Waitaki Super Dog — the first contest of its kind.

After many dogs attempted the agility course, Kwaye Raumati and his winning dog Finnigan walked away with a special tag from the council and a year’s free registration.

Finnigan did a lot better than his best mate Tommy, who urinated on the course tunnel during the contest.

Tommy’s owner, Matt Duff, was not surprised by his cheeky dog. 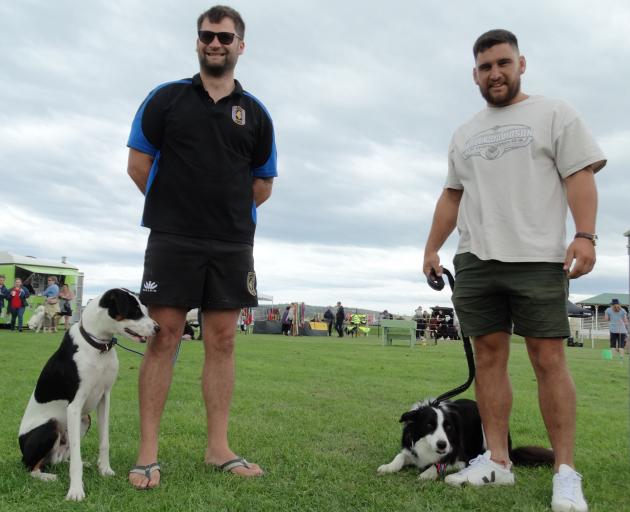 Mrs Blair was very pleased with how the day had gone and said it was great to see people enjoying time with their dogs.

"A lot of people take their dogs for walks or out to the park, but here they are just having fun with them."

However, the event was not just about having a good time.

The club used the day as an opportunity to give training tips to local owners, demonstrating how to best lead their pooches.

Club member Nelson O’Brien said the key was to find out how the dog ticked. Whether it was via the use of treats or rewards, when a dog was obedient the owner enjoyed it more, he said.

Co-hosting the event was the Waitaki District Council, which provided information on responsible dog ownership and local bylaws.

Council compliance officer Tristan Hope said the district had plenty of places for people to take dogs, off or on leashes, but the trick was to always have them under effective control.

He said the council hoped to raise awareness about what it did.

"Our bottom line is to reduce dog-related harm. It’s a lot more than catching dogs."

Oamaru’s Dog Expo would run every second year, the next event being planned for 2023.