US skiers joined by ambassador 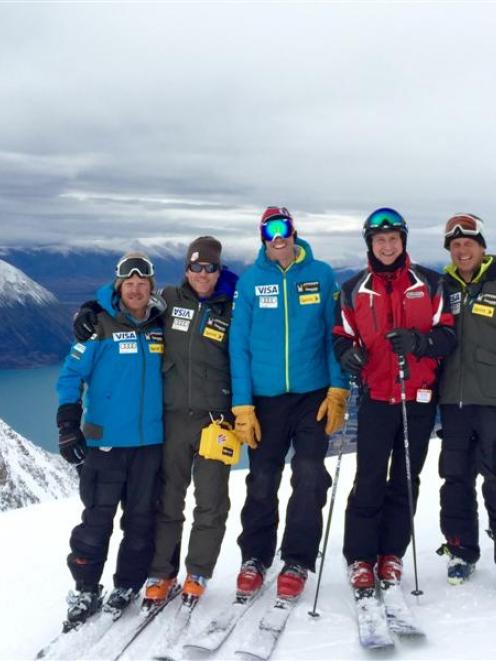 Mr Gilbert, who turns 59 on Saturday, has been ambassador to New Zealand for about six months and, with his wife Nancy and daughter Liz, arrived at the Ohau Ski Lodge late on Friday afternoon.

A keen skier, he came to the sport late in life, starting in his 40s. He has skied around the United States, mainly in Utah, Colorado and California, but Ohau was his first time on New Zealand snow.

''I've loved it here,'' Mr Gilbert said yesterday, praising everything from the skifield to the lodge and staff.

''It's one of the reasons why the ski team trains here.''

The aim of the visit was to join the United States ski team, whose 150 skiers and support staff will spend a total of six weeks at Coronet Peak, Ohau and Round Hill.

Saturday's skiing was ''a little difficult'' because of fog which blanketed some of the runs, although they had been marked out.

Yesterday, a 7.30am start resulted in good conditions until the fog rolled in later in the morning.

The women's and youth team will also spend time at the skifield.

The teams have been coming to New Zealand for training for about 25 years, but this is only the third year at Ohau.

They use the three fields because each caters for different disciplines and offers something different. One of the attractions at Ohau was its long runs, Rearick said.