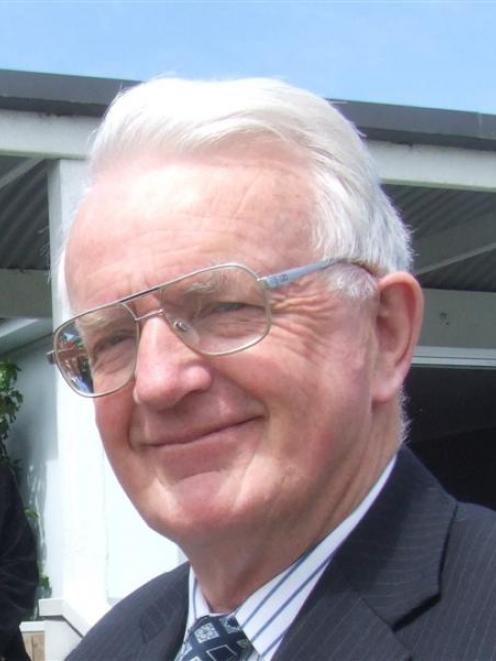 Waitaki Mayor Alex Familton
The Waitaki District Council has asked for its contribution to the Otago stadium to be reduced by more than $2 million, saying there were "major deficiencies" in the Otago Regional Council's calculations.

The ORC has agreed to contribute $37.5 million to the stadium in Awatea St, north Dunedin, and will raise that money by levying ratepayers throughout the region.

A formula was used to give those living further from the stadium distance discounts, but Waitaki Mayor Alex Familton said yesterday the discounts for ORC ratepayers living in the Waitaki area appeared to be "token in nature", without foundation in economic models, and without reference to precedent.

Waitaki ratepayers had been asked to pay $3.9 million over 15 years; however, his council's calculations showed the amount should be $1.8 million, he told the regional councillors at a draft long-term council community plan hearing in Oamaru.

To reach the lower figure, the council had applied the same formula used by economic research company Berl for Wellington's "Caketin" stadium, he said.

Waitaki had agreed to the ORC contributing to the stadium and was still prepared to pay, Mr Familton said.

"We just don't think we should pay as much. We would sincerely ask the ORC to reconsider the amount."

Mr Familton said the council also believed the four contributing councils outside Dunedin - Clutha, Central Otago, Queenstown Lakes and Waitaki - might not benefit at all from events held at the stadium.

A "quick reworking" of visitor expenditure and opportunity costs in the economic impact assessment report, completed in December 2007 for the Carisbrook Stadium Trust, showed the stadium would cause "large losses" for the outlying areas, he said.

"We feel that the conclusions . . . both point to a much lower rates contribution than $3.9 million from Waitaki."

Contacted for comment last night, ORC chief executive Graeme Martin said the same consistent-to-distance discounts had been used for all four outlying councils and had been calculated based on economic and regional benefits identified in a 2007 report.

He was unsure whether it was the same report the Carisbrook Stadium Trust had commissioned.

Mr Familton was entitled to ask for the contribution from Waitaki ratepayers to be reduced, and in due course the ORC would make a decision, he said.

But he said the quantum to be collected from ORC ratepayers would remain the same.

"If the way the quantum is collected is reviewed, it will be reviewed on a regional basis. That could mean Waitaki ratepayers could end up paying more. Who knows?"

If Waitaki ratepayers paid less, that would mean ratepayers in other parts of the region would have to pay more, he said.