Apology to au pair from Immigration 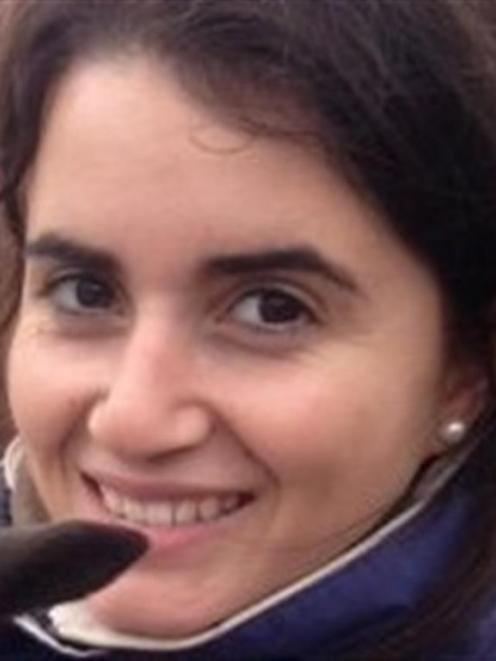 Manon Pache.
Immigration New Zealand has apologised to the French au pair put in a Queenstown police cell for the night late last year and then deported because of concerns she might babysit while on holiday with her Australian employers and their two young children.

Manon Pache (18) has forwarded to the Otago Daily Times an email she received on Friday from Senta Jehle, the department's national manager border compliance, risk and intelligence services.

In it, Ms Jehle said the decision to refuse Ms Pache entry because she intended to work for Dr Pip and Paul Johnston was correct.

However, having personally reviewed the case, Ms Jehle said "while the decision was correct and followed Immigration NZ instructions, the consequences for you of Immigration NZ's decision were not proportionate''.

"In normal situations when a person is refused entry into New Zealand, their visa-free status is revoked, but in your case I have directed Immigration NZ border operations to lift the suspension of your ability to travel to New Zealand visa free.

"Please accept my apologies on behalf of Immigration NZ for the stress and inconvenience this has caused you and the Johnston family,'' Ms Jehle said.

The incident was widely reported in Australia and Britain.

Commenting on the apology, Ms Pache told the ODT in an email at the weekend she "would have assumed'' Immigration NZ had more important issues to deal with "than myself going on holiday with absolutely no intentions to stay, and not stealing any work [from] people there''.

On her arrival at Queenstown Airport in December, Ms Pache told an immigration official she might babysit during the week-long holiday in Wanaka.

She was not expecting to be paid but her employers had paid her airfares and accommodation.

She spent a night in a Queenstown police cell before being deported to Australia, and was described by her employer Dr Johnston as having been "terrified''.

Ms Pache said the apology had helped her get over the incident.

"I hope that other nannies will be careful now.

"I am still angry about this officer, that pushed me out of this beautiful New Zealand because I was being honest.

"Maybe he likes the liars.''

Ms Pache said she was likely to try again to visit New Zealand.

Ms Jehle also told Ms Pache Immigration NZ was reviewing its border operations "settings and responses'', including custodial arrangements for people refused entry at airports where it had no accommodation for people waiting for their return flight.

"We understand that being held in police custody is an overly severe consequence given your circumstances.

"I hope that this incident has not discouraged you from visiting or working in New Zealand again,'' Ms Jehle said.

● Dr Johnston has laid a complaint with the Independent Police Authority over police handling of the matter, claiming police did not act to protect Ms Pache from harsh and unfair treatment.