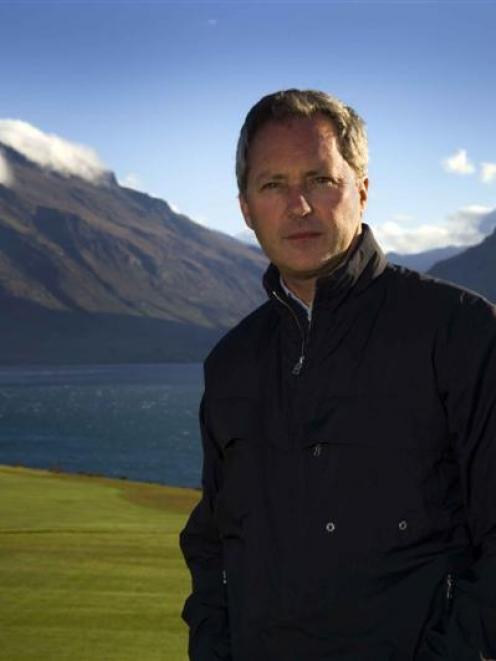 John Darby believes Queenstown's lifestyle will continue to attract people to the area.
New Zealand's premier resort town is rising above the economic doom and gloom gripping the country.

Queenstown is predicted to continue thriving, mainly because of Australia's economic success.

The Queenstown Lakes District is not immune to price decreases and the downturn in property sales, but has recently topped the ladder for population and business growth in a study, and optimism remains high.

Much of this is due to the growing tourist market, mostly from Australia, and the healthy foreign demand for property and services in the region.

"The well-being of our economy relies more on the well-being of the Australian economy than it does on the New Zealand economy," said Queenstown Lakes Mayor Clive Geddes. "The single largest group of visitors who come here are Australians, and they are also very active in purchasing retirement and holiday homes."

With the Australian economy doing well, and its Government about to give tax cuts worth $57 billion over four years, Queenstown's opportunities should only increase.

"We will not be wholly unaffected by what happens in the rest of New Zealand.

We would be foolish to think that," Mr Geddes said.

"It may well be that a downturn in the property market catches up with Queenstown, but it won't dampen people's attitudes about the place and its future."

Tourist growth was lower than it had been in recent years "but there is still growth". "I think that is because over the years the resort has been developed in a way which has preserved its single greatest asset, which is the landscape."

John Darby, the developer behind a multibillion-dollar resort settlement at Queenstown's Jacks Point, believes that while the property market nationally has slowed, Queenstown is poised for continued growth.

"All indicators suggest that demand for property in Queenstown, both as permanent residences and holiday homes, is going to remain high.

"The lifestyle offered in Queenstown and the sheer beauty of the area means it is a place that people are always going to want to be a part of."

This winter, 14 direct flights a week will arrive in Queenstown from Australia - mainly because of the ski season - increasing capacity on the transtasman route by 27%.

"Australia doesn't have a true alpine lake resort, so a holiday in Queenstown is a very appealing proposition," Mr Darby said.

Bill Dolan, chief executive of the Queenstown Chamber of Commerce, said local businesses were lucky to have had a "ripper year" last year.

"It is looking good at this stage, but there is a slowdown right across the country and we're waiting to see what effect it will have in Queenstown," Mr Dolan said.

"We seem to be insulated from a lot of the trends that happen elsewhere in the country . . . but it would be foolish to think we will escape totally unscathed."