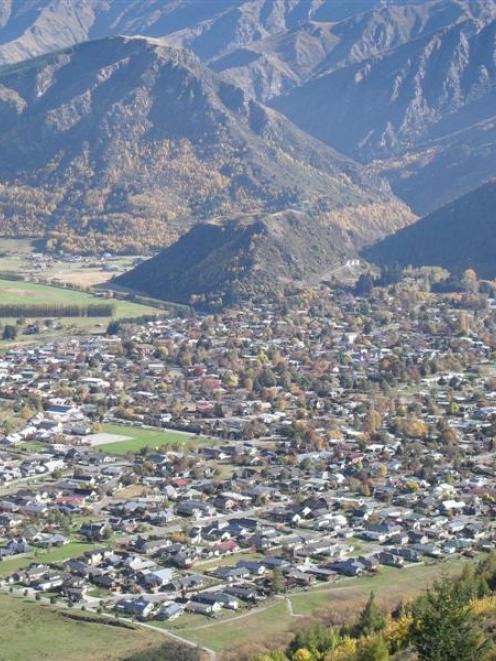 Arrowtown as seen from Tobins Track. Photo by Tracey Roxburgh.
A neighbouring farmer to Arrowtown says extending the boundary would have economic benefits through the increase in population and more affordable housing.

The plan is to leave the boundary as it is.

Mr Monk's appeal relates to a block of about 30ha at the southern end of town, sandwiched between McDonnell Rd and Centennial Ave, described as Arrowtown South.

He owns 18ha of the proposed Arrowtown South.

He has proposed a private plan change 39, to rezone the land from rural general to residential, with capacity for 226 dwellings distributed between 17 neighbourhoods.

Lawyer Ian Gordon, representing Mr Monk, said in his submission the inclusion of Arrowtown South in the UGB would have the positive effects of housing ability, an increase in population and less enroachment of residential development into rural areas.

Last week, the Queenstown Lakes District Council submitted to the judge Jon Jackson, of Christchurch, and commissioners Heather McConachy, of Auckland, Ken Fletcher, of Christchurch, and John Mills, of Wellington, that Arrowtown could lose its quaint character if town boundaries were extended and the UGB would be in place to protect the character of Arrowtown's scale, density and layout.

However, Mr Monk's submission stated "any character effects" that could arise from the inclusion of Arrowtown South would be avoided by controls.

"The argument that the character of future urban land uses at Arrowtown South will diminish the heritage values of the town is baseless," Mr Gordon said.

"It also flies in the face of history of Arrowtown's urban expansion, and heritage attraction."

He said the assertion and "alleged consequence" that Arrowtown's tourism industry would be affected by the decrease in heritage value had no "evidential foundation".

The final decision on Arrowtown's boundary willbe reserved until mid-June, after submissions from the council are lodged, by June 15 at the latest.