Controversy on the waterfront 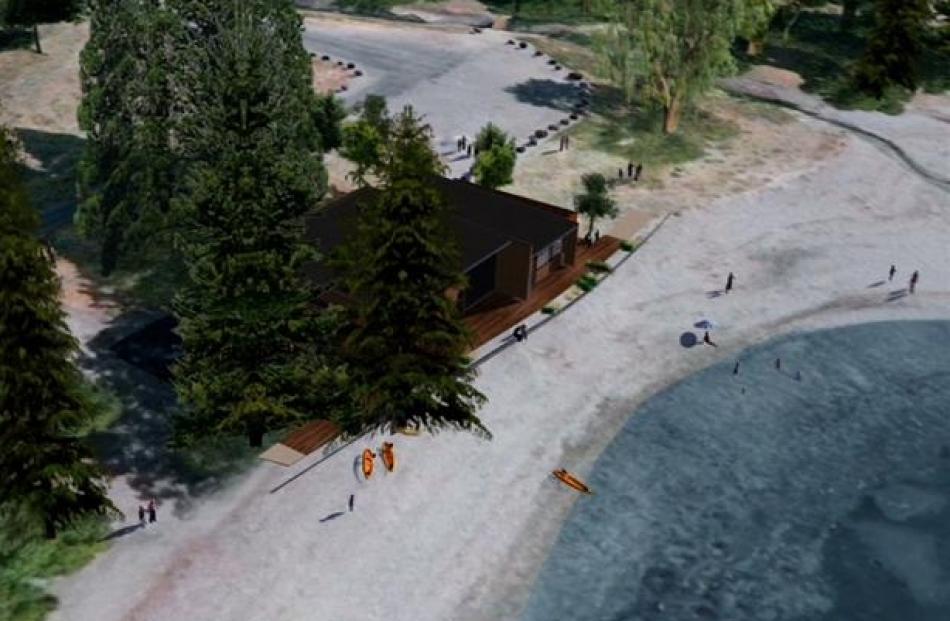 A possible site for the water sports facility on the Wanaka waterfront, including a computer-generated model of the proposed building. Image supplied.

The shores of Lake Wanaka are regularly in the limelight, as one of those places sure to have tourists reaching for their cameras. But, as Mark Price reports, the lakeshore is under more scrutiny than usual, as debate builds over what should or should not be added to the view.

Dunedin has its waterfront hotel proposal, Queenstown its convention centre proposal and now Wanaka also has a building proposal controversy.

A group of regular lake users wants to put up a ''multi-use'' building on the edge of Lake Wanaka's Roys Bay, near Stoney Creek, about 1km southwest of central Wanaka.

It would be one of the lakeshore's few buildings.

A group representing lake users - the Wanaka Watersports Facility Trust, chaired by Michael Sidey - has been campaigning for months in support of the building proposal.

A measure of their success has been the number of people who have made submissions to the Queenstown Lakes District Council's draft management plan for the shore reserve.

The draft plan went out for public consultation in April.

It contained a new policy that would allow building on the reserve - subject to the plan's main objectives and subject to normal resource consent processes.

By the end of the consultation period on June 6, 377 submissions had been received.

While the management plan covers 14 reserves, about three-quarters of the submissions focused almost exclusively on the one small corner of Roys Bay where the building is proposed.

By the Otago Daily Times' count, 255 submissions backed the new policy that would potentially allow a building.

The trust submitted the Roys Bay site ''has all the conditions needed by swimmers, rowers and kayakers: access to the swim buoys; access to a safe area of the lake; and access to a long reach of flat water in which to practise and train''.

Other sites around the lake had been investigated and ruled out.

Many of the submissions opposing the building objected to the visual effect.

Wayne Blair, of Wanaka, described the idea of building on the reserve as a ''travesty''.

''This is an area of outstanding natural beauty and any construction along the front would severely detract from the unspoiled view that we all enjoy.''

''More buildings on the reserve will have a major visual impact on the picture postcard lake and mountain vistas.

''Roys Bay Reserve's appeal is that there are very few buildings there.

Warwick Thompson, of Wanaka, took the view the lakeshore reserves were unique in being ''unbuilt public open space, permitting free, unfettered, uncluttered and unobstructed access'' to the lake.

Alan and Barbara Collie, of Auckland, were concerned about dust, noise, social activity, loss of trees and extra car parking the building would generate.

Roger and Elaine Scholes, of Wanaka, were others who believed there should be no allowance for building on the reserve.

''This will open the floodgates to all forms of commercial development which the council will not be able to prevent.

''Wanaka must preserve the unique experience that residents and visitors from all over the world enjoy.

''Queenstown provides the experience for all tastes and has now overdeveloped. Wanaka does not need to follow that overdevelopment route.''

The building idea arose from the need by the Wanaka Rowing Club for club rooms.

The club's submission pointed out members had won four national titles, ''rowing is growing'' and the club's present premises, 300m from the lake at the A&P Society woolshed, were inadequate.

''Rowers as young as 14 must carry heavy, expensive equipment across Mt Aspiring Rd, often in the dark.

The club had looked at 10 potential sites for a new boat shed.

''No location on the Wanaka lakefront is more suitable.''

Georgina Galloway, of Invercargill, who helped start the rowing club, believed a new building would avoid the need to cross the road.

''I think it will be a great benefit to the community for years to come.''

And Catherine Sidey, of Wanaka, also submitted the proposed site for the building would improve safety.

''I have watched young sports people risk their lives on the lakefront road as they negotiate the traffic while carrying their rowing skiffs ... in the difficult light of early morning and evening.

''The traffic and dangers will only increase as the population of Wanaka grows.

''Any facility for users of the lake needs to be close to the water.''

Ronnie and Rob Norman, of Wanaka, suggested the traffic problem could be overcome with a ''zebra crossing'' which was a ''lot less expensive or intrusive''.

And Jethro Robinson, of Wanaka, opposed the building because of the number of families and children that swam in the area.

''The rowing club operates powerboats and race craft through this [swim] lane and will only increase its presence with a facility situated here.

Eachann Bruce, of Wanaka, said the club was in ''desperate need'' of the facility after six years of failed attempts to re-locate.

He believed a new facility would help get ''the younger generation off the street and involved in a sport that will teach them values that will help shape the community''.

And chef de mission at the Olympic Winter Games Pete Wardell said the young people of Wanaka ''deserve such a facility'' so they could enjoy and learn watersports skills.

''It will be a great asset for Wanaka.''

The submissions will be heard by a panel consisting of Wanaka Community Board chairwoman Rachel Brown, board member Bryan Lloyd and district councillor Calum MacLeod next month, and it could have a recommendation for the board's August meeting.

A final decision on the management plan rests with the district council. 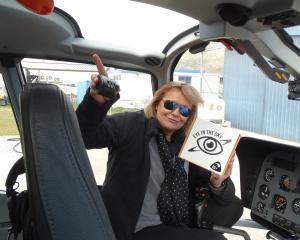