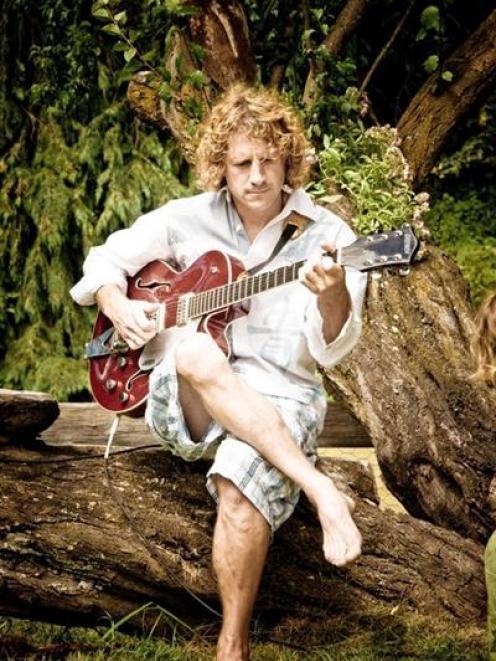 Queenstown singer-songwriter-musician and film-maker Mathurin Molgat (pictured) created Song of the Kauri, a documentary on the significance of the native tree species. Photo supplied.
Song of the Kauri, a self-produced feature documentary by a debut Queenstown director, has been selected to screen at the 2013 Environmental Film Festival, run by National Geographic magazine, in Washington DC.

The film by Mathurin Molgat has also been selected to screen as part of the All Roads Film Project, gaining selection for the Hot Springs, International Documentary Festival in Hot Springs, Arkansas, one of the oldest documentary film festivals in the world.

Song of the Kauri was also selected to screen as part of the New Zealand International Film Festival's full travelling festival in July.

Featuring musicians Jackson Browne, Nigel Gavin, Michael Chapdelaine, Tiki Taane and Miranda Adams, alongside philosophers, economists, historians, scientists and woodsmen, Song of the Kauri examines how the kauri species is deeply rooted in the cultural, economic and musical history of New Zealand, yet was nearly eradicated.

The documentary asks if kauri can become New Zealand's currency in the new world of green economics.

Shot in high-definition over three years, the film started its national general release at Rialto cinemas in mid-November and will show at more than 18 cinemas nationwide.

It is expected to be screened at Dorothy Brown's Cinema, Arrowtown, from November 29.