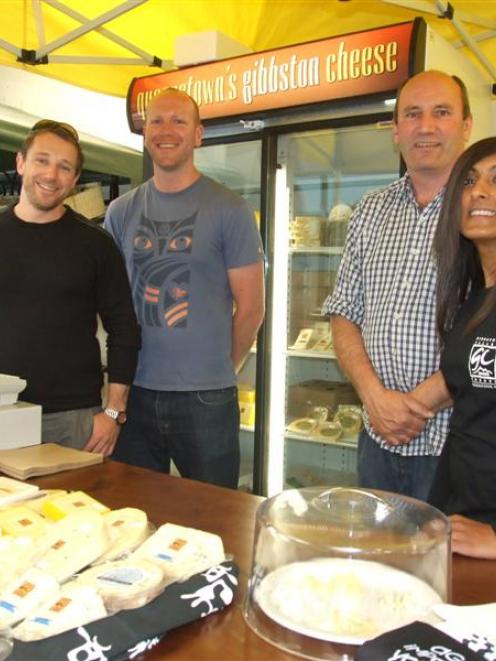 The indoor market, on the ground floor of the Forsyth Barr building in Shotover St, will offer a selection of food, coffee, juices, art and an "evolving" public space seven days a week.

However, before any of that, the market first had to get resource consent, a process which has taken since August and was finally confirmed this week.

Co-creator David Thomson, while frustrated at the delays, was the first to admit he and his business partner Paul Clark had approached it "backwards".

"You are supposed to go in and go for the resource consent at the start, but we kind of did it backwards. The paperwork all looks pretty daunting and we didn't want to put the work off."

The pair had originally hoped to have the market operating before the Rugby World Cup, but the lack of visitors to town and a grander vision put the opening back to late October.

By November, those hopes were dashed with delays over requirements including wash basins, kitchen facilities and building plans.

In the latest delays, Mr Thomson and his business partner Paul Clark scrambled to find a low, wheelchair-accessible desk and secure final sign-off for the electrical code of compliance this week, thus missing the scheduled opening on Tuesday.

Yesterday they faced a wait of up to 20 days for final confirmation.

"But council considered our circumstances and decided to get everyone involved and get it all finished off today, which is really, really good of them," Mr Thomson said.

Despite all the delays, during which some stall-holding companies had to let newly hired staff go, Mr Thomson said he and Mr Clark held no grudges against council.

If anything, Mr Thomson said consenting body Lakes Environmental had been "very supportive".

Both men said the stallholders themselves had been fantastic in the face of an unsure start and were often there "late in the night and early in the morning getting it ready to go".

If the launch of the first stage goes well, the duo plans to extend the market, taking out a temporary wall and adding a further 15 stalls and kitchen facilities in February.

"Now we know how to do it next time," laughed Mr Clark.

Gibbston Valley Cheese Company owner Kevin Paul, one of those involved in the process from the very start, said it was great to see it coming to fruition.

"It's good to see it's finally happening, thanks to the boys and I think I'll be lot happier when the whole place is full of 20-plus stalls and gets a vibrancy about it, rather than having to listen to Paul's singing."

These stalls will have staggered introductions throughout the first few weeks.

The juice bar will also serve smoothies, coffee using beans roasted by local supplier Steve Kay, and wheatgrass shots, with the wheatgrass grown on the counter.

This weekend will signal the opening proper, with a musician playing to shoppers as they peruse the stalls.