Fewer than half sections sold 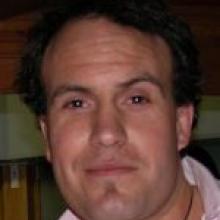 Bas Smith
Despite reserve prices set at about half of valuation, only nine of the 20 Jack's Point sections offered sold at yesterday's silent auction held by real estate agency Ray White.

Only the most expensive sold above its reserve.

"Just like any other auction, there's post-auction work on stuff that didn't sell on the day - we'll clean up the majority of it next week."

The sites were bought from the original Jack's Point developer in 2006 by Lifestyles New Zealand, a subsidiary of Allied Farmers.

According to Ray White, many of the sections' reserve prices were set below 50% of their quotable values.

Mr Smith previously said the auction occurred because of a "special set of circumstances" and was unlikely to be repeated.

"It was a bit of a novelty, and I guess the special set of circumstances was Allied doing their best to reduce the debt they're got out here, and they've totally achieved that through this process," he said yesterday.

"We did it slightly different to a normal auction in that we gave people a reserve price, and took the bottom price that they were prepared to take on any of their sites and set that as a reserve ..."

Bidders were encouraged to place bids before the auction, which qualified them for a $5000 rebate if they won.