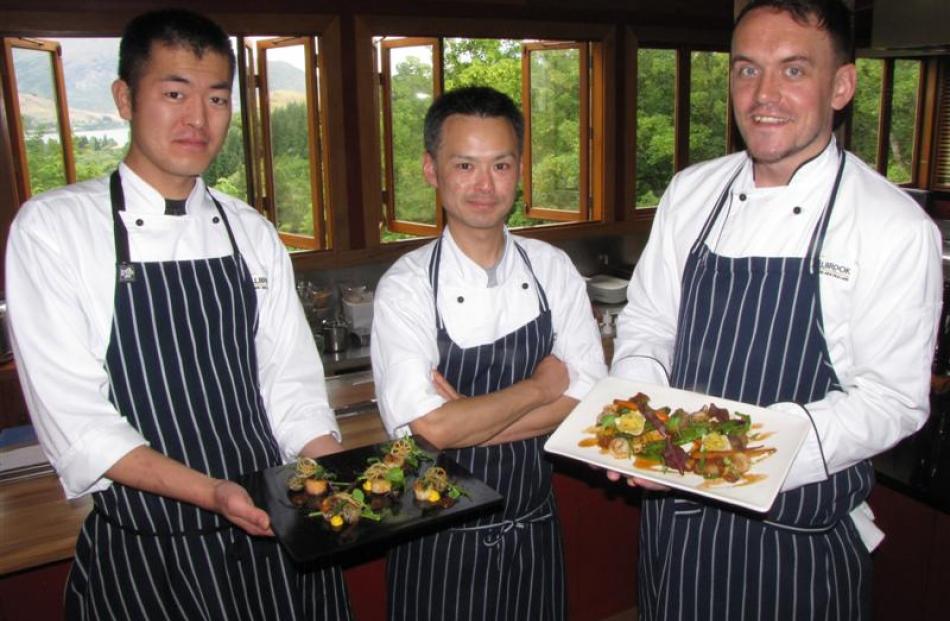 A focus on fresh, elegant and contemporary Japanese food is the ethos behind Kobe Restaurant at Millbrook Resort - taken over by the resort earlier this year.

Previously Sala Sala, Kobe Cuisine opened at Millbrook last year. When the opportunity arose for the resort to take over the ownership and management of the restaurant, food and beverage manager Russell Heron said it was one Millbrook could not turn down.

''It's not just having a Japanese restaurant ... In an ideal world, like any other hotel, we'd have a brasserie restaurant.

''We don't have one - this is kind of our brasserie, but this is even better ... We get to do elegant Japanese food that's fresh but at the same price as a brasserie.''

Kobe is being led by head chef Yuki Ariya, who was also the head chef at Sala Sala, accompanied by Kensaku Yanagimura and chef de partie Sean Davey.

The contemporary menu has been given the seal of approval by the Ishi family, the owners of Millbrook Resort.

''It's about trying to create something that's very different from Queenstown,'' Mr Heron said.

''Yes, we have got traditional Japanese sushi and sashimi, but I wanted something more contemporary, more accessible to locals and house guests.

Diners can watch the chefs preparing the dishes, which are served to be shared, the menu changing often to capitalise on local fresh produce.

Kobe chefs had also been able to receive further training through Millbrook, working at the Millhouse Restaurant during Kobe's off season, Mr Heron said.