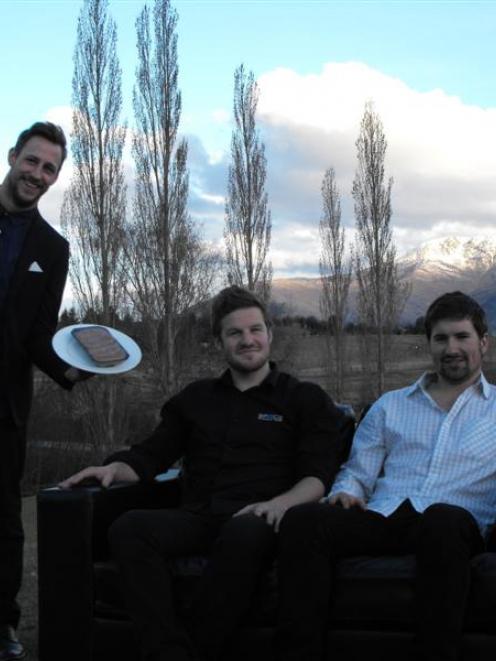 Twin Rivers is a Queenstown-based company that started selling organic lamb from Catlins a year ago and this was made easier when its online store www.twinriversnz.com was launched last week.

Company director Dave Hockly said Twin Rivers was focusing on the Queenstown market for now and his aim was to promote quality meat in the region.

''People live in Queenstown for the lifestyle and that's what we wanted to promote - eating quality meat and produce with good friends and family in a beautiful place. We love it.''

The aim of going online was to sell to people as well as restaurants in and around Queenstown, he said.

''When people heard about the lamb and the effort we put into farming it, they wanted to cook it at home but couldn't until now. That's why we are excited about our online store.

''People can use the same quality produce found in the likes of Blanket Bay Resort at home.''

The food movement, whereby producers cut out the middleman and sold directly to consumers, was growing in New Zealand as well as internationally, especially in countries where food production had become highly industrialised such as the United States, United Kingdom and Australia. It also meant producers could deal in smaller quantities of produce and needed less infrastructure.

Twin Rivers sources its lamb from Te Taunga farm, owned by the parents of Twin Rivers managing director Ben McGill, on the coast near Owaka. Bruce and Denise McGill produce 2000 to 3000 lambs each year on their 660ha farm and have exported the fully certified organic lamb to Europe, Asia and the United States for 12 years.

The McGills gained the United States Department of Agriculture organic stamp in 2005, and have been AsureQuality-certified since 2000. This is a result of the McGills' 30 years of working towards sustainable farming.

Three hours from Queenstown, the farm was within easy distance to supply the resort's highly developed dining scene.

''We decided that the best place to start supplying the farm's lamb is Queenstown. It's what the tourists expect to eat when they try New Zealand lamb and it's where people love to eat well. It has a bit of a foodie scene.''

Twin Rivers already supplies well-known restaurants such as Saffron, in Arrowtown, Matakauri Lodge, the Jervois Steakhouse and the Millhouse.

Mr Hockly said the online store was set up to help restaurants and the public source the freshest lamb.

Also part of Twin Rivers is Hugh Rouse, who is the company's director.

Mr Hockly said their aim was to use every part of the animal from ''head to toe''.

''It completes the gate-to-plate story. We know it's more tasty.''