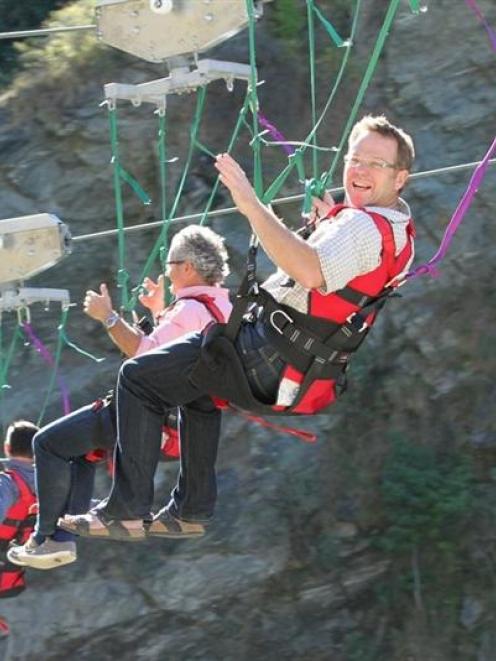 The pioneering adventure tourism operator opened Kawarau Zipride on Good Friday. The ride for all ages features three zip lines which each caters for singles, or tandems, meaning up to six people can ride at once, cruising at speeds of up to 60kmh on a 260m ''return trip'' beside the Kawarau River.

''We've recognised for some time that what is considered 'an adventure' is different for all people, so there was an opportunity to offer something new and different for the thousands of visitors who come to the Kawarau Bridge to 'look, but not jump','' Mr van Asch said.

''It's less daunting than bungy jumping, but still a great personal challenge for many. I'd happily get my octogenarian mother and 6-year-old daughter to do it.''

A feature of the Kawarau Zipride is its ability to rotate people 180deg at the end of the 130m-long line, to give them plenty of time to take in panoramic views of the Kawarau River gorge, as well as watch people jumping from the historic bungy bridge, as they are gently brought back to the launch deck.