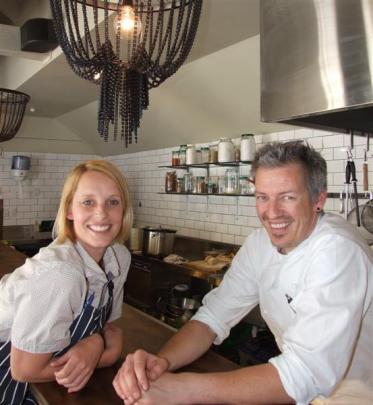 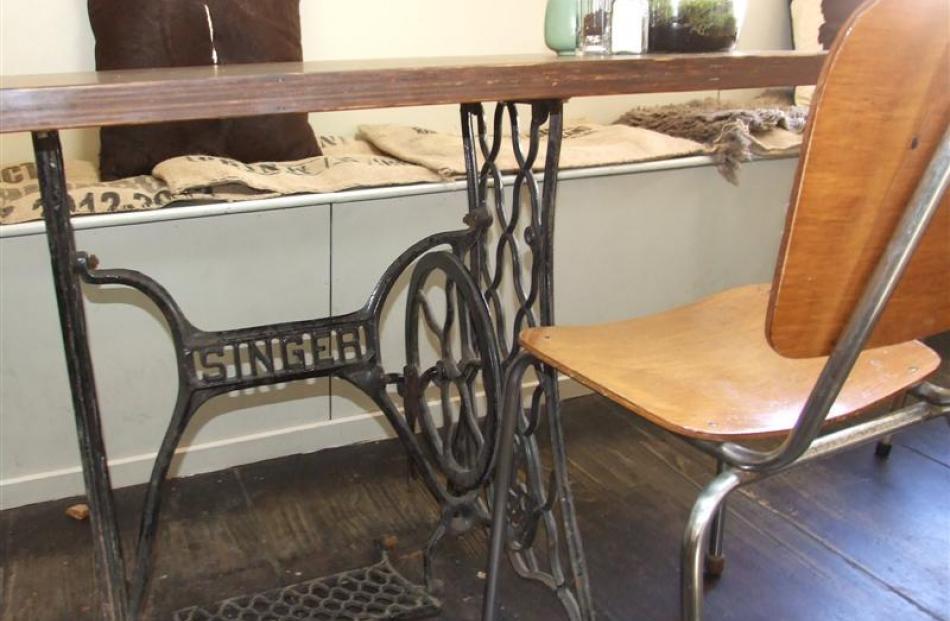 A Singer sewing machine base has been used to create a table. 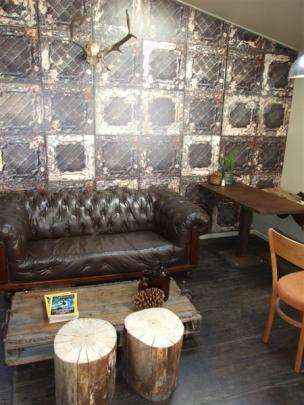 Fitting out the Chop Shop Food Merchants, was done on a shoestring budget and is described as ''vintage industrial with a bit of River Cottage''. 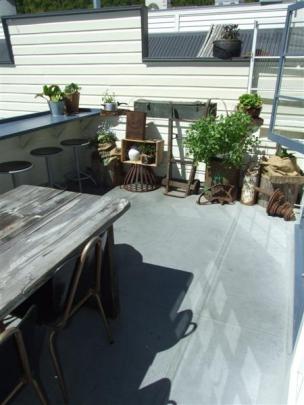 The outdoor dining area of the Chop Shop Food Merchants was designed to bring a slice of the New York rooftop garden idea to Arrowtown, with herbs and vegetables growing both outside and inside. 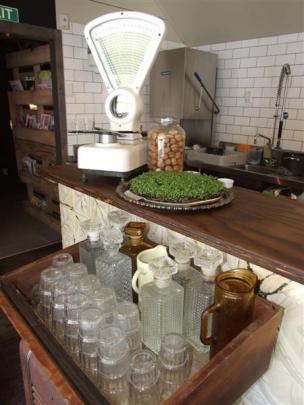 Old whisky decanters give a taste of days gone. 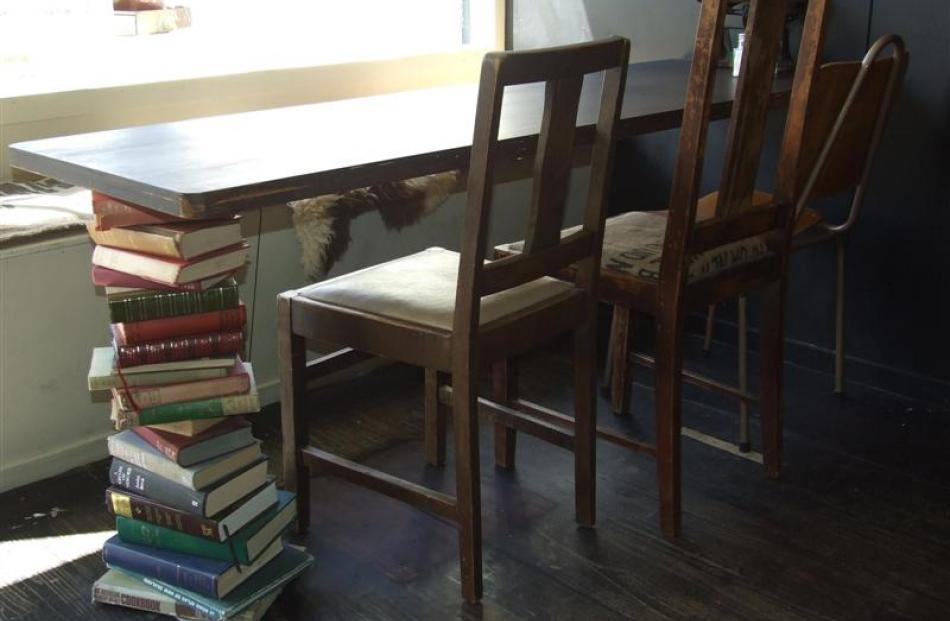 A table leg made from books.

The name may have confused some, but anyone who has walked through the doors of Arrowtown's newest eatery has been left in no doubt the owners are on to a winner.

The decor is described as ''vintage industrial with a bit of River Cottage'' - a perfect combination of the couple's style - while the menu, with a focus on clean, fresh and healthy food, changes at least every two days.

Not only does that ensure diners get the freshest food possible, it keeps Mr Whiting interested and means every time a customer returns, they have different dining options.

''I always wanted just a cooking studio for myself and that's kind of what I'm doing, but it also lets people know they're getting really good food because it's rotating so often,'' he said.

The decision to buy the site ''all happened over a few drinks'', Mrs Whiting said.

''It just got in our heads and wouldn't go away.''

After taking over on September 1, the couple, along with cook Rex Cook and barista Maihi Parkinson, got straight to work on the fitting-out.

''We were on the teensiest budget; everything here has been made, reinvented, recycled and upcycled ... everything has got a story.''

Fittings include chandeliers made from bicycle wheels and chains, and the men's bathroom includes a wall designed for petrol heads, filled with badges from a variety of vehicles.

''It's a mash between Chris and I - this entire place was our wedding.''

Included around the premises, both inside and outside, are herbs and vegetables used daily by Mr Whiting, along with free coffee grounds for people to help themselves to for their gardens.

Mr Whiting, who for the past six years has worked as a private chef in the Hamptons, came up with the name before they contemplated opening a restaurant, based on his love of cars and anything industrial - and because ''I chop for a living''.

The support from the Arrowtown community since the doors opened had been phenomenal, he said.

''It's everything we wanted and more. A lot of repeat customers and great feedback, so we're happy.''

The premises are fully licensed and open from 7am to 4pm daily, later on Fridays for ''post-work drinks''.

The venue is also available for private hire and private chefs' tables.