No Xmas rise in e-waste deposits 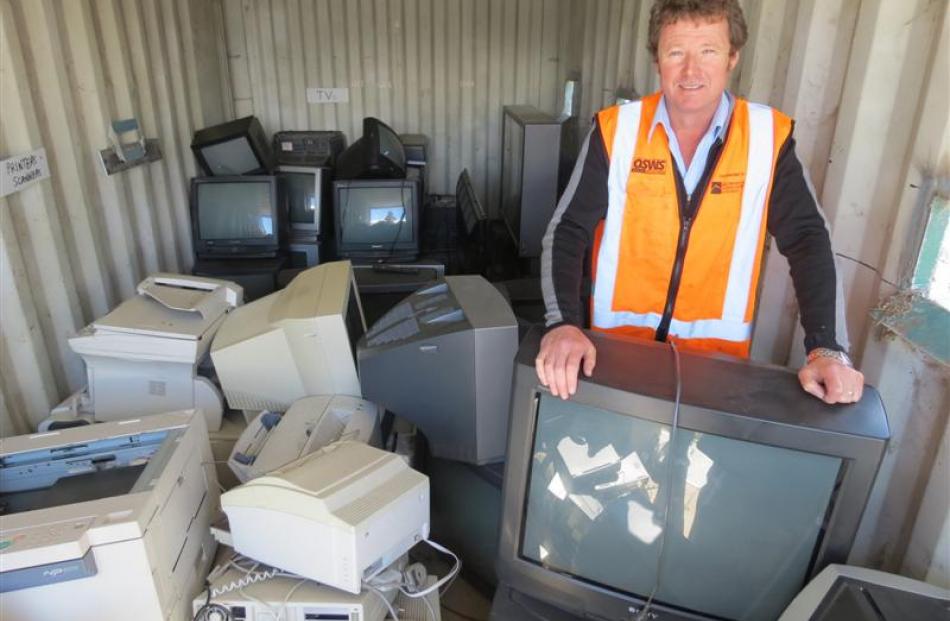 AllWaste manager Mark McKone stands at the Queenstown Refuse Station beside the latest collection of household e-waste saved from the landfill and awaiting collection for responsible e-cycling. Photo by James Beech.

The electronic waste recycling initiative at the Queenstown Refuse Station has not resulted in an increase in deposits of unwanted consumer gadgets after new purchases and upgrades at Christmas time.

The collection point at the station in Glenda Dr last week was holding about 70 items, Wanaka Wastebusters having made its latest collection from the station 10 weeks earlier.

The company sorts, grades and packs e-waste for separation and dismantling at the RCN e-Cycle centres in Christchurch, Wellington, Auckland and overseas.

E-waste is the fastest-growing type of refuse in the world and amounts to an estimated 80,000 tonnes every year in New Zealand.

Electronic equipment contains toxic heavy metals and hazardous materials which can pose an environmental risk if dumped in landfill.

Electronic equipment also contains copper, platinum and gold, which can only be recovered by recycling.

AllWaste manager Mark McKone, of Queenstown, said the latest haul was fairly typical in terms of volume and variety, although it was heartening to see half the deposited e-waste consisted of bulky cathode ray tube (CRT) television sets.

TVs cost the owner more to deposit for e-cycling than some other items because the value of the material which can be recovered is less than the cost of transport and recycling.

The rest was made up of out-of-date laptops and computer monitors and peripherals, Mr McKone said.

''We're getting an average of 15% to 20% of e-waste diverted from landfill. It was higher when the Government had its TV Takeback scheme, but as a rule, about 20%.

''The only way to encourage more people to e-cycle is to make it cheaper for people to do it, but that's not likely to happen because a lot of the products have to go offshore and there are costs involved with that.

''It's unfortunately cheaper to dispose in a landfill in the short term, but in the long term it can have adverse effects.''

The responsible deposit of desktop computers, laptops and office servers for e-cycling costs $5 per item. Toasters, kettles and blenders cost $6, while DVD and video cassette players and stereo systems cost $7.

A washing machine costs $29, a small-to-medium-sized photocopier $46 and a large photocopier $69. Cellphones are free to e-cycle.