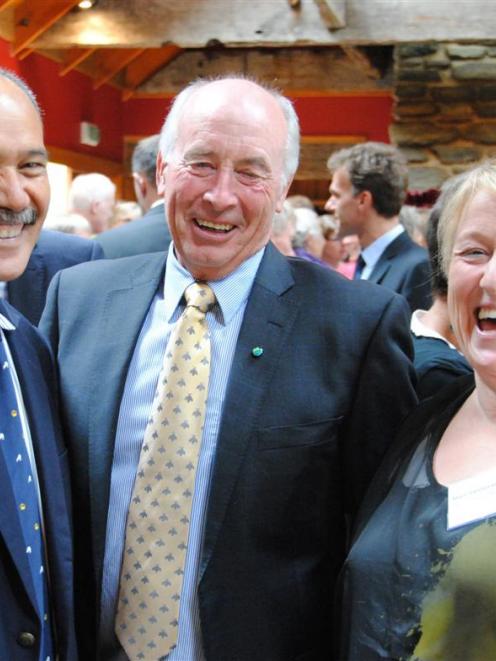 The country's largest private land protection agreement, the covenants cover most of the country between Lake Wanaka and Arrowtown and are bordered by the Shotover River and Cardrona Valley.

Sir Jerry, in a speech on Saturday, said: ''New Zealand's isolation has seen us as a nation develop a very strong sense of place.

''For many of us, even those who live in cities, the landscape of our country, especially the high country, captures our sense of home.

''Those rugged hills and valleys, formed over the millennia, are as representative of New Zealand as the silver fern.''

With formal registration of the covenants now complete, one each on Motatapu, Mount Soho, Glencoe and Coronet Peak stations, a total of 53,000 hectares of high country landscape is permanently protected.

He said while humankind's presence is certainly visible now, the landscape will be here long after we are gone.

''This Maori proverb captures that idea: Toitu he whenua, whatungarongaro he tangata? The land remains while people disappear.''

Trust chairman James Guild said protection of such a large tract of private land would not have been possible without the vision and generosity of Mr Lange.

Mr Guild said: ''Mr Lange has instigated the protection of an extensive landscape that is rich in natural and cultural heritage.

''We celebrate his tremendous philanthropy and the legacy he leaves on this landscape with his covenants.''

Mr Guild said the land's scenic and intrinsic values and the opportunity for people to get out and enjoy it are safeguarded forever.

The covenants protect the landscapes, the habitat of unique native plants and animals, important historic and cultural sites, public access, and recreation values.

Mr Guild emphasised that covenanting land is voluntary and not a requirement of the Overseas Investment Office or the Government.

Not any of the four stations are involved in tenure review.

The total area protected by covenantors across New Zealand is currently about 180,000ha - an area similar in size to Stewart Island.

Minister of Conservation, Maggie Barry ONZM, also spoke at the opening and presented the winners of a music and film competition with $1000 and prizes before launching their short film at Dorothy Brown's Cinema in Arrowtown.