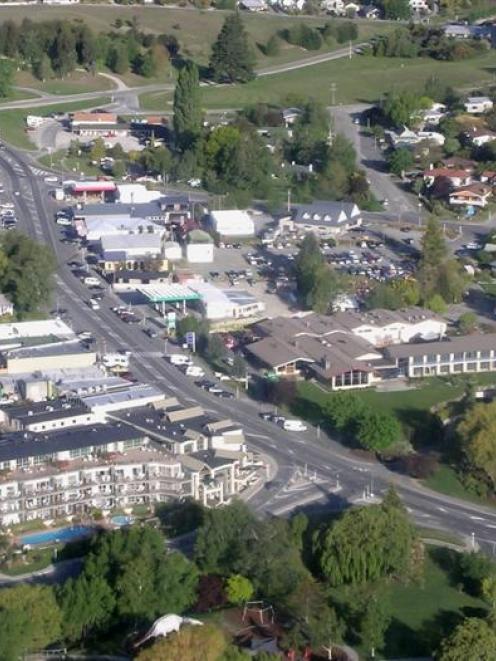 The guidelines drew 26 submissions for the council to consider before signing off the vision for the town centre later this year, with 19 submissions addressing Ardmore St design concerns.

The guidelines cover a range of issues and were drawn up by council staff and consultants Urbanism Ltd and Pocock Design Environmental, following consultation with residents and the Wanaka Urban Design Panel.

Queenstown Lakes District Council urban planner Nick Karlovsky said this week none of the 19 submissions had opposed the proposed roundabout, which has yet to receive final approval from the New Zealand Transport Agency.

However, it was clear the council needed to readdress, with the public, the street design, Mr Karlovsky said.

"What had been shown was a plan from a previous study which had shown a central aisle and had moved angle-parking to parallel ...

"It wasn't intended to suggest that it was going to look like that ... These aren't solutions. They are indicative ideas," Mr Karlovsky said.

The drawings were likely to be replaced in the final version presented to the council, he said.

Mr Karlovsky said there was always some danger of providing drawings with draft strategies because people might think they were locked in.

Meanwhile, the Wanaka Residents Association had handed in a submission raising several good points, including traffic design, that needed to be picked up on, he said.

He would now go through the submissions, find common grounds, identify issues that needed some action or amendment and write a report recommending the final version of the guidelines be adopted.

A summary of the submissions was not available yesterday.

Mr Karlovsky's report would be presented to the QLDC strategy committee in June or July.

• The guidelines are advisory, have no statutory effect and are intended for developers to use at the concept stage, before applying for resource consents.

A process is under way to amend the district plan requiring developers to show they have consulted the guidelines.

Support from the Wanaka Urban Design Panel may be influential in the outcome of future town centre design proposals.