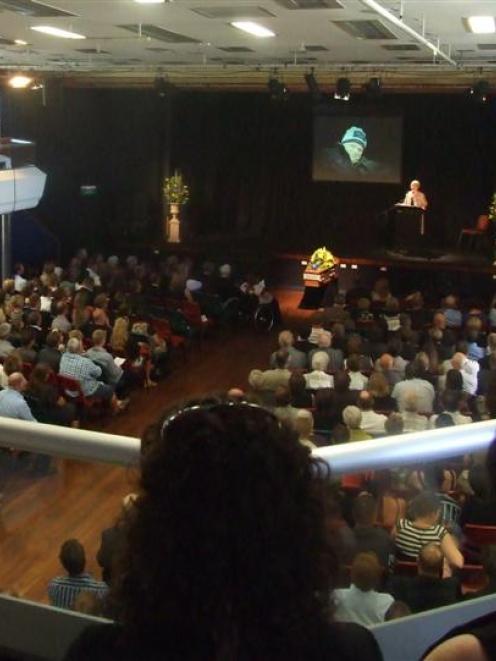 His legacy was a life-long willingness "to help, to volunteer and go the extra mile".

Hundreds of people packed out the hall in honour of Scooter, who was well known about town as an electrician for Frankton Electrical and life member of Showbiz Queenstown. He was involved in every production since 1988.

When completed next year, the hall's new sound and lighting control area will be named The Scooter Booth in recognition of 20 years and countless hours spent making shows run smoothly from behind the scenes.

He was also heavily involved in the Wakatipu Rugby Club as club captain, was the Pelicans Cricket team manager and "rehydration specialist", sat on the Sevens with Altitude committee and a was a regular Winter Festival volunteer.

Wakatipu Rugby Club president Damien O'Connell paid tribute to his fellow rugby, sevens and cricket comrade as a great man who "would do anything for anyone at any time".

"Scooter was instrumental in the running of our [rugby] club .. and was the go-to guy; can-do, clever clogs, not a problem, I'm available.

"The list is endless. Scooter's loyalty to our community was huge and so was his heart."

Those attending were afterwards invited to stay and share stories about his life while enjoying a cup of tea or, fittingly for a man enamored of the southern brew, a Speight's.

A full obituary will be run in the Otago Daily Times on Saturday.