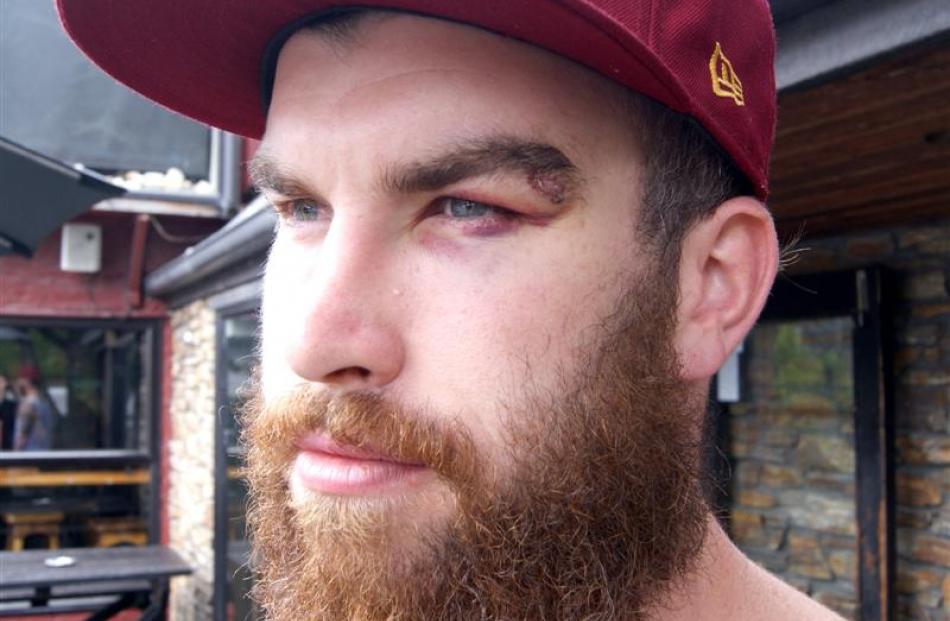 Australian tourist Aaron Rice-Williams was knocked unconscious and suffered concussion, cuts and bruising in an attack from behind by Robert Mangan in Queenstown on January 31. Photo from Mountain Scene. 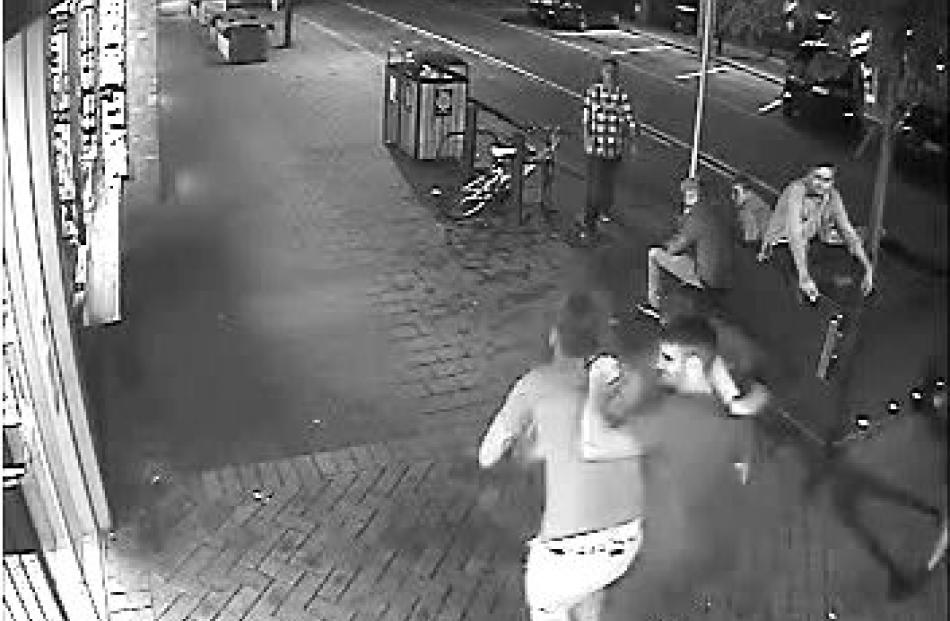 A brutal attack by a British working holiday maker with criminal convictions on a tourist in Queenstown highlights a ''leak'' in New Zealand's border protection system, a resort barrister says.

Bryce Whiting, who has nearly two decades' experience in immigration law, says the visas should be a ''privilege and not a right'', and applicants should be required to provide a police certificate from their home country.

Mr Whiting is referring to the case of Robert Mangan, who knocked an Australian tourist unconscious in January less than six weeks after being convicted of a similar crime in Australia.

The 25 year old was granted a New Zealand working holiday visa a week after receiving a two year suspended sentence in a New South Wales court last December. He did not declare the conviction, nor others in his home country for disorderly behaviour and drink driving.

Following Mangan's sentencing in Queenstown this month, Immigration New Zealand general manager John Ivil told the Otago Daily Times it was ''impractical'' to carry out background checks on all temporary visa applications because of the large number of people who came for less than two years.

Mr Whiting said in the case of working holiday visas, the leak could easily be plugged by requiring applicants to provide a police certificate from their home country.

Checking one extra document attached to an online application would require ''no special work or effort''.

''The onus should be on the applicants to show they are of good character in a meaningful and evidence based way.''

New Zealand had reciprocal working holiday schemes with 42 countries, of which 14 were entitled to an unlimited number of visas.

''This requirement and reform is well overdue, given the thousands of people now entering New Zealand on these visas each year.

''By the law of averages, a significant number of these applicants, especially if they have no intention of staying longer than their initial one year, will be omitting to declare their criminal convictions.''

Mangan was sentenced to 21 months' prison for the Queenstown assault. He will be deported to the United Kingdom at the end of his sentence.

The department is not bringing charges against Mangan for failing to declare his convictions.

Mr Ivil said it made such decisions based on ''what is in the public interest on a case by case basis''.

Prosecutions under the Immigration Act could be costly, and deportation was often a preferred option.

• About 60,000 people had working holiday visas approved in the year to June 30.

• The Immigration Act prohibits entry to New Zealand to anyone convicted of an offence in the previous 10 years for which the person has been sentenced to 12 months' prison or longer.

• Only people applying for residence or temporary entry for two years or longer have to provide a police certificate.

• The maximum penalty for providing false or misleading information in a visa application is seven years' prison or a $100,000 fine.