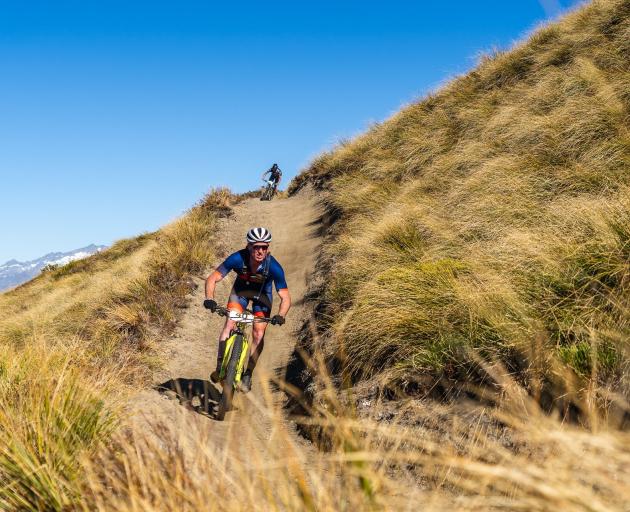 It was the first time the gruelling 45km-long slog, which included 2000m of vertical climbing, had been held.

The course started and finished at the base building and took in 10 trails, including the new Upper Rude Rock and Rude Rock trails, the Pack Track and Sack, the Zoot and the Hot Rod.

"They said it was pretty cruel ... I think they kind of underestimated some sections of just how steep and continuous it was.

"Once everyone got a cold drink into them and sat down for 5-10 minutes, they were all really stoked," Mr O’Halloran said.

Josh Burnett, of Invercargill, won the overall men’s section in 2hr 14min 29sec and Hannah Miller, of Christchurch, was the fastest woman in 3hr 14min 12sec.

Mr O’Halloran said that despite the course being one of the most challenging Coronet Peak had put together, the team would look to extend it and build on it next year.

"Without giving away too much, we will look at doing a longer course and try to make it harder again."

This week, Coronet Peak hosts the Coro 1200, which is a downhill mountain biking event it jointly runs with the Queenstown Mountain Biking Club.