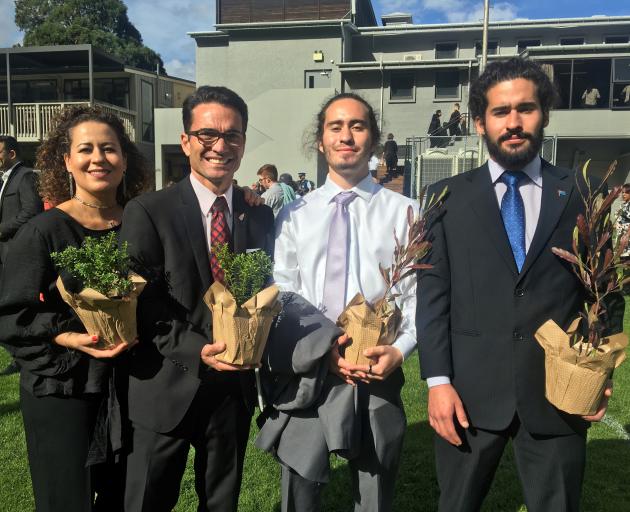 Amy Wilson-White, executive to the mayor at Queenstown Lakes District Council, said armed police had never manned a citizenship ceremony in the district before, and the council decided to do so on advice from the Department of Internal Affairs following the shootings at two mosques in Christchurch last month.

Police presence at future citizenship ceremonies is likely to continue or until "the department notifies council of otherwise".

"Having police here is different for us, but it is now a reality.

"Queenstown police have been so helpful, and they've kept it really low-key," Ms Wilson-White said.

In a written statement, a DIA spokesman said it was down to the change in the national security level.

"We advised local councils to engage with their local police to determine what security support each council will need for future citizenship, or other, ceremonies."

But, ultimately, it is up to individual councils, the spokesman said. 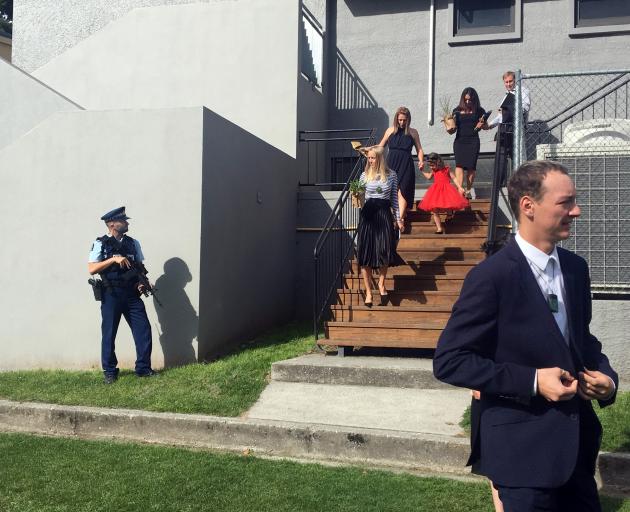 Yesterday, officers on foot and in cars were stationed in Memorial St and Templeton Way in Queenstown. Another officer was based at the back of the venue at the Recreation Ground, where new citizens were having their photos taken.

Inside the Memorial Centre were much warmer scenes, as many of the new citizens wiped away tears when 52 children from Queenstown Primary School performed welcoming song Love Song to the Earth and joined in to sing the National Anthem.

The pupils' presence was a stark reminder on why it was better to be safe than sorry when it came to protecting lives, Ms Wilson-White said.

Seventy-seven new citizens is the second-largest number of people to be sworn in at a single ceremony to date in the district. Last November, 82 people became New Zealand citizens.

Husband and wife Fabio and Valkiria Domingues moved their sons, Pedro and Matheus, to New Zealand from Brazil in 2008 in search of a "better life".

The family has been living in Wanaka for seven years, and Mr Domingues said the decision to move there was based on safety and opportunity.

Mr Domingues noticed the police officers standing close by, but their presence did not dim his enthusiasm about becoming a New Zealander.

"It's important to protect people. Here, it is easy to have a good life, to travel and work, and have a life that everybody deserves."

"It's obviously accentuated by the weaponry, but it is a sign of the times.

"But today is about a celebration of welcome. Tena koutou."