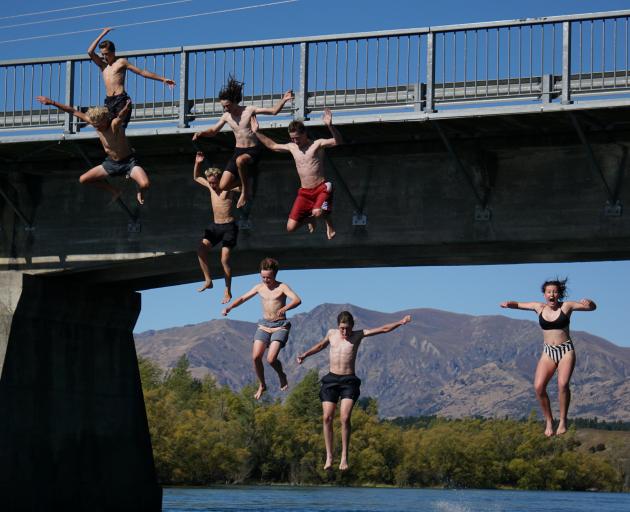 Mr Black said the move was made in response to several incidents this summer when jumpers had had to be rescued from the river.

He said that while the signs specifically said "no jumping'' they were nothing more than a warning at this stage.

Making it illegal through a bylaw amendment was a possible option, he said.

But Albert Town Community Association chairman Jim Cowie described it as an "overreaction'' and "heavy-handed''.

Now, a change.org petition seeking to overturn the ban has more than 3500 signatures, just three days after it was started.

The petition was started by Mount Aspiring College pupil Olly Thomas, who did so as he believed the "community wasn't being heard''.

"While there are some problems, there was no need to go and outright ban it.

"A warning sign would be better, outlining all the dangers. I'd actually prefer that than no sign at all.''

Olly said he had jumped off the bridge about 70 or 80 times since first doing so five years ago.

"It's a Wanaka attraction, an iconic spot in Wanaka. Everyone jumps off this bridge.''

Many signatories also provided reasons for why they thought jumping should not be banned.

"It has been a well-known swimming spot for so many years. It is not fair to take something like this away,'' one said.

"This has been a summer rite of passage forever. Manage the risks and advise on safety instead of banning instead,'' another said.

Olly said if the petition reached 5000 signatories he would present it to the council and hoped to negotiate the removal of the signs with it.