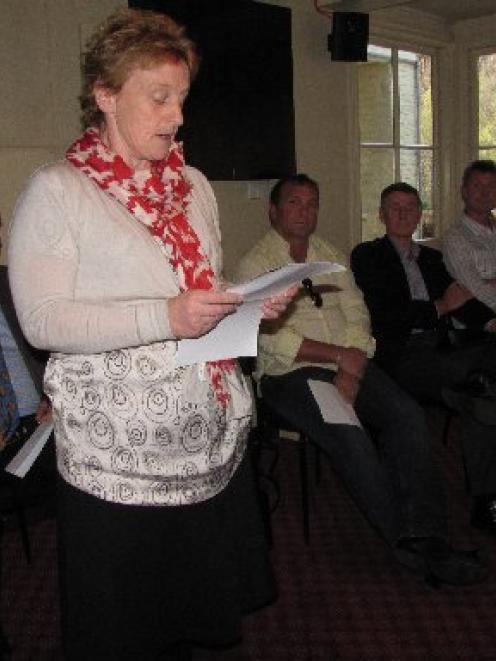 Once all candidates said they kept an open mind on the airport shares deal, Mr Hayes said he would personally oppose any further sale and the community was getting a dividend from the asset every day.

Ms van Uden said the council would have to listen if the community was prepared to sell more shares, while Mr Scott said he was comfortable with the deal, though he probably would not support selling further shares to Auckland International Airport Ltd (AIAL).

Mr Perkins said it was about time ratepayers had a return on their airport investment.

Mr Spark said he was a bit suspicious of AIAL and the process was not right.

Mr Hayes said he wanted a unified and focused council which would take advantage of new technology to foster business and spread the rating base.

Ms van Uden said it was time for "simple common sense" from the mayor's office.

It was "absurd" to pay consultants when the "expertise, the need and the passion are all right here".

Mr Scott said while infrastructure upgrades could continue with careful spending and consultation, the council needed to be realistic with its spending.

Mr Perkins said Arrowtown was experiencing growing pains on its boundaries, as well as with cultural, sport and elderly housing facilities, and it was important growth was managed according to community wishes.

Mr Spark said he wanted community input on a letter he was writing on their behalf to retiring Mayor Clive Geddes.

The letter questioned where money from rates and development contributions had gone, and sugested funds had been spent on consultants, debt interest and "flash toilets in Frankton".