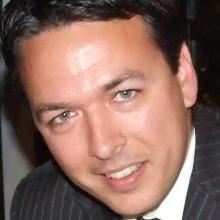 Sofitel Queenstown Hotel manager Vincent Macquet said a self-cleaning filter identical to one operating at Dunedin Hospital was installed at the hotel five weeks ago at a cost of "hundreds of thousands" of dollars.

"We’ve taken a proactive approach to the issue because we just can’t wait for a solution.

"For the price we charge at our hotel, you just can’t have water failures — when you’re paying $800 a night and you don’t get hot water, it’s a problem."

Mr Macquet said it was a "touchy subject" with hoteliers, with representatives from seven hotels meeting Queenstown Lakes District Council staff about a month ago to express their concerns.

They provided photos of clogged filters and other evidence, and asked what the council was doing to address the problem. 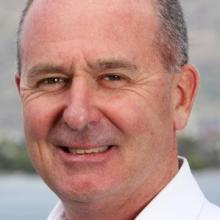 Mark Rose.
The Rees Hotel manager Mark Rose said his staff were cleaning filters on a weekly basis, whereas previously it had been every three months.

A self-cleaning filter at the hotel’s street connection was now being considered "if that’s what it takes and [the council] can’t find a way to fix it".

Doing nothing could lead to more costly damage to the hotel’s water system and any equipment that used water, Mr Rose said.

First noticed by fishermen in Lake Wanaka about 2004, lake snot is produced by a microscopic algae — known as Lindavia intermedia or Cyclotella bodanica — that has been present in many Central Otago lakes for more than a decade.

It has been clogging the filters of homes and businesses in Wanaka since 2008. It was discovered in Lakes Wakatipu and Hawea last year.

Council chief engineer Ulrich Glasner said he knew of at least two hotels that had installed the filters, and others were considering it.

They were an "expensive exercise" and the council was interested in their effectiveness.

A consultant’s report commissioned by the council in 2011 had found a treatment plant in Wanaka would cost between $11 million and $14 million, Mr Glasner said.Since then, the council had trialled  countermeasures in Wanaka, including finer  screens, an air-flow system and filtration.

It would begin studying the distribution of lake snot in its Queenstown reservoirs next month.Speaking at a public meeting in the resort about water quality on December 14, Queenstown Lakes Mayor Jim Boult said Queenstown’s lake snot problem appeared to be about eight years behind Wanaka’s.

"We need to know if this is going to get fixed or fix itself, because otherwise we as a council face spending millions of dollars on water filtration."