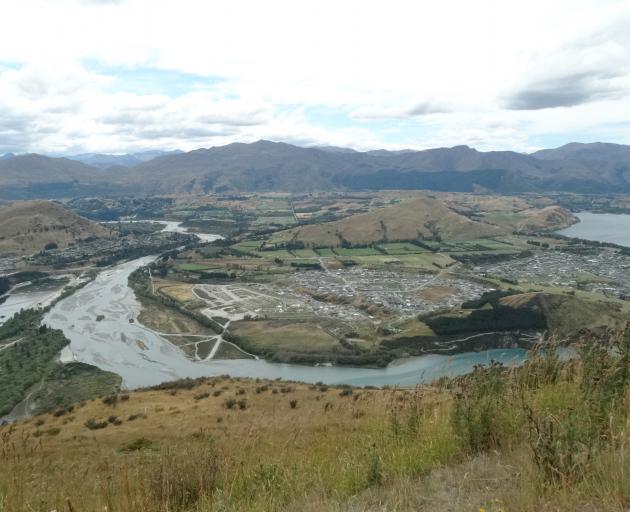 The Shotover River, with the expanding Shotover Country subdivision, at right. Photo by David Williams.
An earthquake-triggered landslip damming the Shotover River is being advanced as a reason to reject a planned fast-tracked housing development.

University of Canterbury geologist Prof Tim Davies said the risk of such a landslip had been ''potentially underestimated'' and the advice of experts to the contrary was based on ''questionable assumptions''.

But one of those experts dismisses his views as ''implausible and alarmist''. 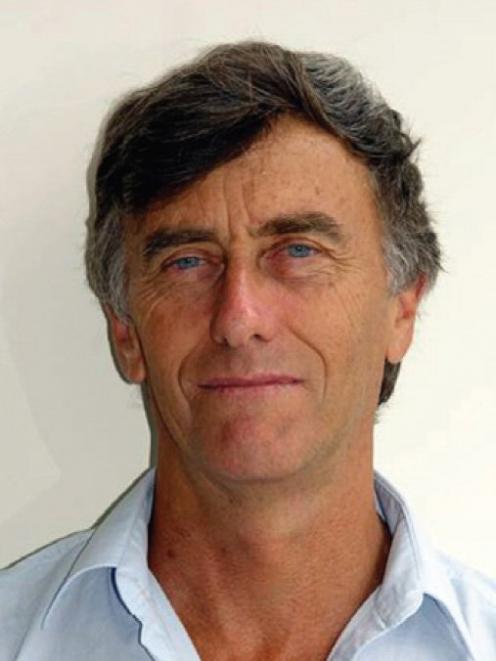 Tim Davies.
Ahead of a two-day consent hearing starting today, the Otago Regional Council said a proposal to extend Queenstown's Shotover Country subdivision closer to the river - in a special housing area (SHA) yielding 101 new houses - should be rejected because of ''significant flood and erosion risk''.

In evidence lodged for the council last week, Prof Davies said the most serious threat to the development was from a potential landslip in the Shotover Gorge, leading to a ''dam-break flood'' and a major build-up of the river's delta.

Prof Davies called for more investigation into the risks, particularly after last November's 7.8 Kaikoura quake, which he said showed a major quake could occur ''effectively anywhere'' by linking a series of faults, which may not be previously known.

In a report to the hearing commission, headed by David Whitney, Ms Ellis said if the conclusion a quake could occur anywhere was accepted, then ''there is unlikely to be anywhere that can be developed''.

It was ''impossible or unfeasible'' for developers to address every scenario, she said, adding that some scenarios were ''potentially fanciful''.

She recommended the application be granted, with conditions.

A Tonkin & Taylor review of Shotover Country's evidence, undertaken for the local council, said the ground level of proposed buildings would be at least 1m above the extreme 100-year flood level in the Shotover delta.

''This is greater freeboard than required in most, if not all, jurisdictions in New Zealand,'' the report said.

Regional council senior executives Gavin Palmer and Fraser McRae urged the commission to reject the proposal, saying the flooding risks were not fully understood and there were concerns flood protection works would become the responsibility of ratepayers.

Prof Davies retorted that Mr Bryant would presumably have thought Christchurch's deadly 2011 quake was implausible and alarmist before it happened.

''Very large events do occur, even if they have low probabilities,'' Prof Davies said.

In evidence for Shotover Country Ltd, Alexandra engineer David Hamilton said 80% of the sediment from a landslip dam would be expected to continue down the Kawarau River and the bulk of the material would settle upstream of the state highway bridge.

The site, which sits in the local council's 100-year-flood hazard zone, will be raised by up to 4m, using about 227,000cu m of fill from the Shotover delta.

Developers of SHAs can bypass public consultation and much of the usual council red tape. It is hoped the fast-tracking of such developments will slow runaway housing prices.

No matter the level or likelihood of varying risk scenarios, the one thing you can absolutely bet on is the developer will pocket plenty of money. And they will be nowhere to be found in the event of any floods of other issues.