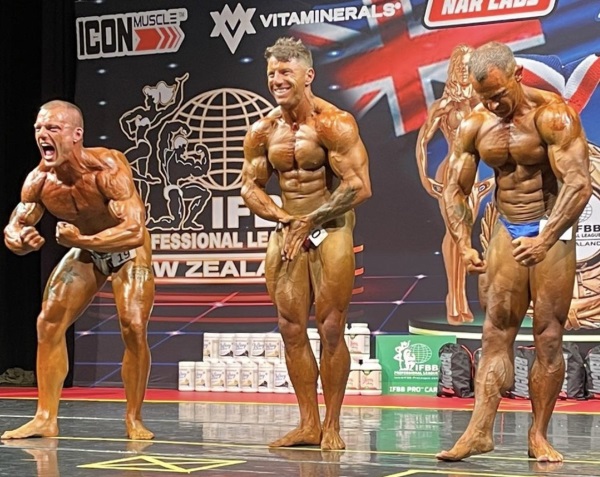 The 30-year-old personal trainer won the 80-90kg weight division of the Auckland champs on May 1, and finished second overall.

An overall win would have allowed King to step into the pro world of body building, and he’s dedicating the next two to three years to that goal.

He says body building operates along similar lines to golf.

"Once you get your pro card, you can get into any show you like and start winning some good coin."

While the Auckland champs weren’t a national event, body builders from around the country were allowed to compete because of disruption to earlier events caused by Covid-19.

King says during the Covid disruption he "went a bit off the rails", and he had a few "run- ins" with alcohol.

But, he gave up drinking last year "for good" and believes he’s now in better shape than he was two years ago when he won the national title for his weight division.

He’s concentrating on putting on more muscle mass so he can compete with bigger body builders.

"I’ve just got to get a bit bigger I think.

"To get pro, you need to have that size — that muscle mass."

King played 50 premier games for the Wakatipu Rugby Club before getting into body  building after going along to an event to support a friend.

His next big event is the nationals later this year where a top-five placing will allow him to compete at the Arnold Classic in Australia next year.