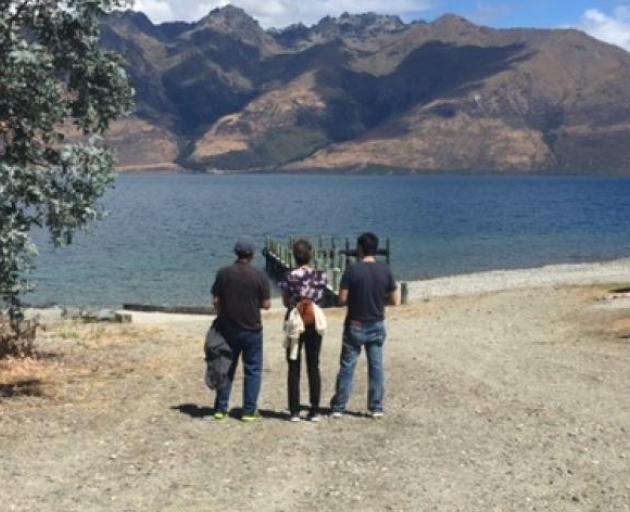 Tyler Nii's family look out over Lake Wakatipu in 2018. Photo: Supplied
A death certificate has not yet been issued to the family of a Californian tourist who drowned in Lake Wakatipu two and a-half years ago because the case is still "active" with the coroner.

His body has never been found and he is presumed drowned.

According to a Civil Aviation Authority investigation report, Mr Nii and his jumpmaster, James Stavro, were the last of nine pairs to jump on that trip.

During the main parachute deployment there were a "significant number of line twists" and Mr Stavro made the decision to perform a cutaway.

The reserve chute also failed to deploy correctly, and entering the water Mr Nii was told by Mr Stavro to pull the life jacket activation tag, but it did not inflate. 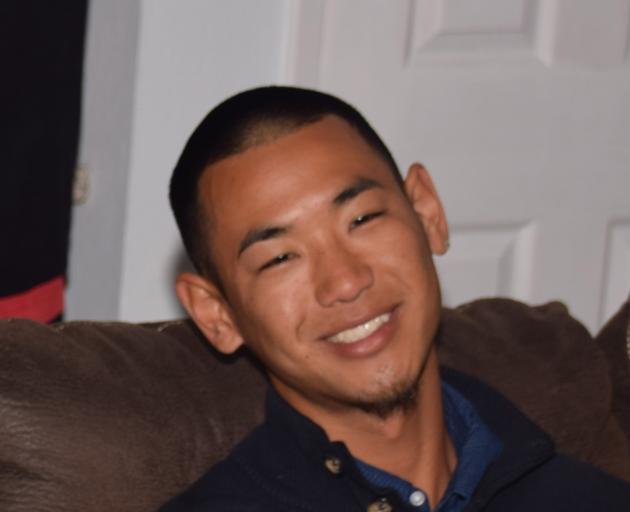 Tyler Nii
Mr Stavro then tried to inflate the jacket by blowing into the inflation pipe, but it appeared that did not work either.

Mr Nii’s family are frustrated they still do not have a death certificate for him; in May last year his brother, Kevin Nii, told Mountain Scene without one they were unable to even close his bank accounts.

A decision on an inquest has yet to be made.

Meanwhile, the family hope to travel to New Zealand early next year to use an underwater drone, capable of working to a depth of 500m, to search for the body themselves with the assistance of specialists from the US.

However, New Zealand Police have refused that offer because they do not believe the drone has the specifications required.

The family made another plea to police last week.

Family friend and lawyer Brian Kreger, of San Jose, said they were "not asking for much — just a little bit of co-operation and some understanding that this is all that the family has to hang on to".

"They know it’s possible it won’t be successful

... But their feeling is they owe it to Tyler to try, so they’re not going to stop easily," he said.