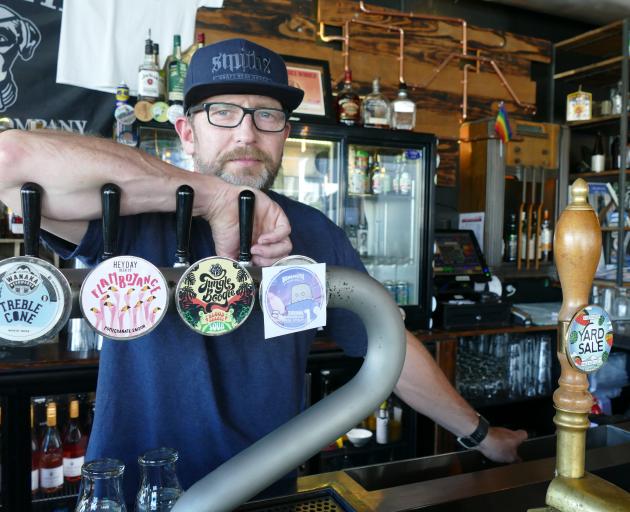 One bar had to close its doors for two days to give staff a break, and another bar owner said he was looking to offshore recruitment.

Visa delays and staff "poaching" have been cited as two of the main culprits for the shortages.

Immigration NZ acknowledged there were more visas to be processed, but said that was business as usual for this time of year.

Surreal bar owner Melissa Stadler said after two decades in the business, she was starting to wonder if it was worth the hassle.

"It's the hardest it's ever been," she said.

"It's actually at crisis point."

She had to shut the bar for the past two Mondays to give staff a break.

"My chef's been working 80 hours a week.

"I have to look after them."

Visa delays had been causing havoc for employers. Some applications had taken more than six months to process, she said.

"It's the worst I've seen it in the nine years I've been here."

Living costs were a big part of the problem, as was immigration.

He said some of his staff had hired an immigration lawyer to help speed up the visa process.

He was using the same lawyer to start offshore recruitment.

Another factor was competition between businesses; poaching of staff was rampant, he said.

"There's no loyalty. It's really tough."

He was keen for businesses to get together to talk to each other to tackle the problem.

Pub on Wharf and Muskets and Moonshine director Chris Buckley said it was hard to get people who had experience.

"We have to be more adaptable, and train people on the job."

As of Wednesday, 16 Queenstown hospitality businesses were advertising for staff on recruitment website Seek.

Clutha-Southland MP Hamish Walker has also waded into the debate, saying he often hears from Queenstowners frustrated with immigration delays.

"Queenstown visa applications continue to be prioritised, with these applications generally being allocated for processing within three weeks and "decision-ready" applications usually decided within a further one to two days.

"Applications which are not decision ready tend to take longer, due to the fact that additional information needs to be requested before these can be finalised."

For the Queenstown area, about 40% of the applications being received at present were considered to be complete and decision ready.

Hospitality is fast becoming like teaching and nursing, it may be only a matter of time before all hospitality staff call time and put tools down in demand for better pay and conditions. The only saving grace for employers is that the union for hospitality is weak and next to non existant. It may be the chefs, housekeepers etc whom need to stand together and back themselves forcing hotels to shutdown for a day or two.....with this new government change is in the air ..... The change will come but only if hospitality employees become united!