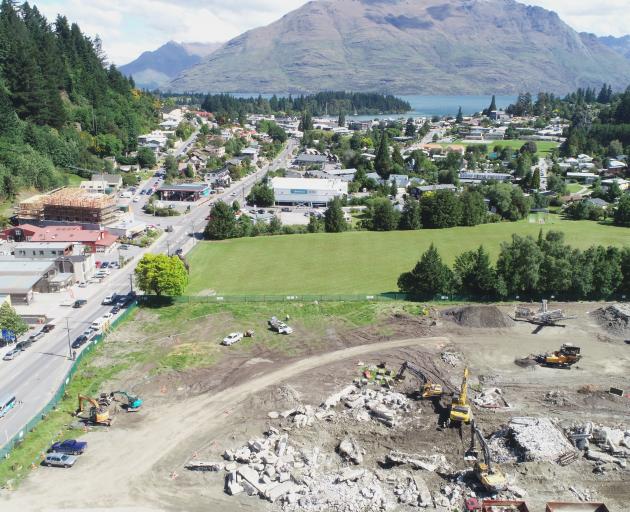 NTP general manager Blair Forgie says it has appointed civil construction company Downer to carry out work on the residential development on Gorge Rd, on land which was home to Wakatipu High School.

Mr Forgie said the start of civil works on the site was an "exciting next step" towards building new homes for Queenstown residents.

The project dates back to October 2018, when the Government approved the purchase of just over 4ha of Crown land at Fryer St and Sawmill Rd.

The Ministry of Housing and Urban Development purchased the site from the Ministry of Education. NTP is developing the site for affordable KiwiBuild housing as part of the Land for Housing programme.

The full civil works programme would be completed in several stages, including minor earthworks and grading of the site, developing infrastructure which involved laying service pipes and cables, and building the roads and footpaths to support the development of the site.

The infrastructure installation followed a demolition phase, completed by Ryal Bush Transport, before Christmas 2019, which saw 91% of waste diverted from landfill into recycling.

Mr Forgie said at present, Te Pa Tahuna was still in the "design stages" and the NTP team was placing emphasis on delivering warm and comfortable homes.

"Collectively we are working towards building more than 300 new homes - including more than 105 KiwiBuild homes - and supporting commercial spaces on the former site of Whakatipu High School.

"The majority of these will be apartments alongside some terraced homes, which will form the backbone of a modern, master-planned community.

"These will be across various price points, and a mix of housing types, providing KiwiBuild and market homes,” Mr Forgie said.

Despite the Covid-19-induced delays, the Government still expected the first first homes to be ready next year, as per its original timeline.