The Clutha Licensing Trust’s Rosebank Lodge, where ‘‘serious violence’’ is alleged to have occurred on Saturday night. PHOTO: RICHARD DAVISON
Lockdown has been replaced by "lock-out" for South Otago revellers this week. 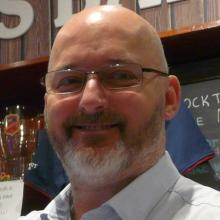 In an unforeseen move yesterday, trust chief executive general manager Mike Curtis placed an advertisement in the Clutha Leader advising all venues would close at 12.30am, until further notice.

The trust owns and operates five hotels and a liquor store, in Clinton, Balclutha, Owaka and Milton.

Mr Curtis said the roll-back from the trust’s usual closing time of 3am was to "ensure the safety of customers and staff", following "recent actions by idiots [resulting] in serious personal injury and property damage".

He would not be drawn on further details, except to say the incidents had occurred during "the past couple of weekends".

"We’ve had a meeting with police, and are satisfied all necessary actions are being taken with regard to the matter.

"It’s not in the trust’s interests to go into any more detail, and we hope this action will serve to ensure the continued safety of customers and staff, which is paramount for us."

Mr Curtis said the closing time change was "unlikely" to be permanent, but would not specify an end date for a return to normal closing times.

Sergeant Jason Leadley, of Balclutha, confirmed an incident had been reported to the station.

"We’re investigating a serious violence incident that occurred at Rosebank Lodge [in Balclutha], on Saturday, June 20 about 11.30pm.

"We’d request anyone who has any information concerning the incident to contact Balclutha Police."

He praised the licensing trust for its early-closing initiative.

"We fully support any action which could assist in reducing alcohol-related harm."