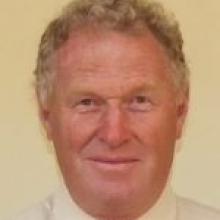 The Clutha District Council's corporate services committee yesterday received a report from CPG stating the projected costs of the swimming pool upgrade had risen from $3.5 million to $3.8 million. It was the second revised pricing schedule submitted by the firm, with the original projection putting the cost of the upgrade at about $2.2 million.

About $290,000 of the increase could be directly attributed to the need to replace the existing coal-fired boiler and chimney, the report said.

"This is the second time they have come back with an increase," Cr Jeff McKenzie said. "The contractors haven't done their job properly."

Corporate services manager Alan Dickson said the contractors found the coal burner and chimney were at the end of their useful lives and had identified some options for replacing the boiler.

"Their rationale is how clean and green does the council want to be? ... they propose replacement with two woodburners ... it is the dearest option by far, and would also need a wood storage capacity of about 100 cubic metres."

There was a 27cu m storage box for coal, which was cheaper and could be burned cleanly with efficient controls, he said.

At the last meeting the committee agreed in principal to fund it up to $3 million. Since then, the contractors had increased the price by another $800,000, he said.

The committee received the revised CPG report, but amended its recommendation to the council to communicate its disappointment at the cost increase.

The council would advertise for tenders on Saturday, and ask them to price the various components of the upgrade, with submissions to close on January 24.

When the council had a chance to meet again and look at the real costs, then it could make some decisions, Mr Dickson said.

"We need to determine how far we want to go with the this project."