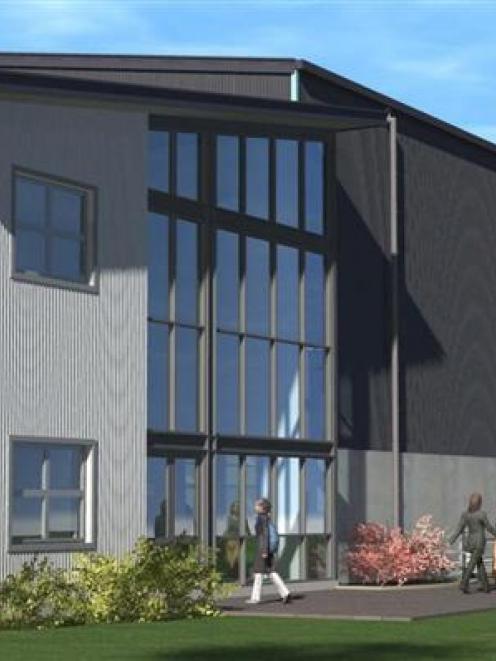 At a special draft annual plan meeting yesterday, 12 of the 13 councillors - including the West Otago and Lawrence-Tuapeka members - approved the Clutha District Council increasing its contribution to the project from $1.2 million to $2.5 million in the 2010-11 year.

The councillors were influenced by the 211 public submissions made on the recreation centre during the annual plan process, where 173 (80%) were in favour of the council increasing its contribution.

Funding option three - rating the entire Clutha district with a uniform charge that decreases with distance from the recreation centre - was supported by 152 (78%) of the 193 people who responded to this question.

Kaitangata-Matau ward councillor Ted Gallagher was strongly opposed to the centre going ahead, speaking for people in the district in seasonal employment and on stretched budgets.

He tried to have part A of the recommendation rejected - the part saying the council would fund 50% of the cost of the recreation centre to a maximum of $2.5 million - "because it was unaffordable". He could not find support among the other councillors, and the motion lapsed.

Cr Hamish Anderson, from the Balclutha Ward said that the council needed to take some leadership.

If the council looked for the lowest common denominator and said "that person can't afford this," nothing would get done, when it was likely to be that person who would benefit most from the facility, he said.

West Otago Ward Cr Peter McPherson said he would be failing in his duty if he did not object strongly to recommendation B - that the council contribution is funded by a uniform charge, targeted by electoral ward and its proximity to the recreation centre (option three).

He argued West Otago use of the centre would be minimal, and in the past that area funded its own projects.

Cr Seymour was annoyed people were talking about "my area", when the facility would benefit the whole district and 55% of the cost would be paid by the Balclutha Ward.

Option three was fairer than what was proposed last year, he said.

"The West Otago Ward is paying less that half of what they were paying under the old scheme," he pointed out.

Moments before it was put to the vote, Cr Anderson talked about drawing a line in the sand, and not looking back.

With only Cr Gallagher voting against it, the Clutha Recreation Centre council funding contribution increase was carried 12-1.