Jail is hailed, not for its luxury 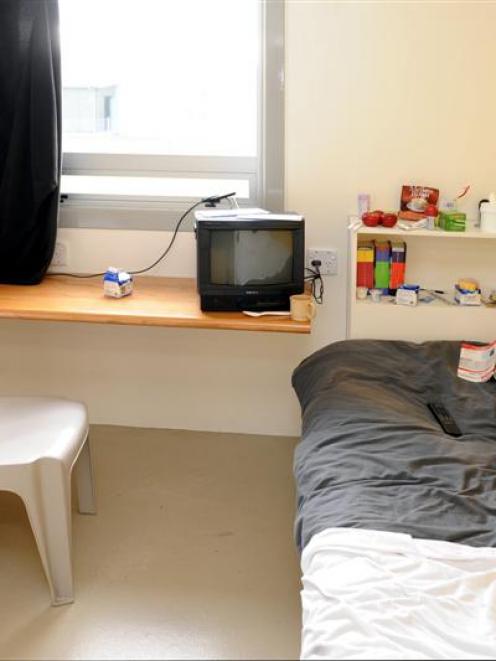 Prisoners are allowed their own television sets, with approval from management. Photo by Stephen Jaquiery.
It has been dubbed the "Milton Hilton" - a place where prisoners can relax in ultimate luxury while they do their time.

Yes, the Otago Corrections Facility does have underfloor heating, a handful of flatscreen televisions, a modest library, a gymnasium and plenty of other facilities many of us would love.

But luxury? Not according to OCF manager Jack Harrison and at least one prisoner who defend the $218 million price tag for the 335-bed facility.

It is, Mr Harrison said, cheaper and more efficient to install underfloor heating than any other kind of heating.

Each wing has one flat-screen television screwed tight to the wall while prisoners are allowed their own television sets in their cells, subject to approval.

The gymnasium promotes exercise and recreation while the library and health facilities were all essential parts of providing basic services to prisoners while helping them reintegrate into society when they were released.

Mr Harrison said some politicians "made headlines for themselves" by criticising the amount of money spent on the prison, but prisons of today were much different than those built only 20 years ago.

Providing a place where positive rehabilitation can happen was the key, he said.

One prisoner, who has resided in both Christchurch prisons as well as OCF, rates the Milburn facility highly but not because of the comfortable surroundings.

The man, who could not be identified, said the Canterbury prisons were "like squalor" and did not encourage anyone to get out of their cell and get motivated at all.

While OCF had similar routines and programmes in place, the whole environment was much more positive, he said.

"I could have come here and sat on my bum, waiting for my sentence to end. But it's the kind of place where you actually feel you can improve yourself.

"It's nice here, but not a mansion or anything like that."