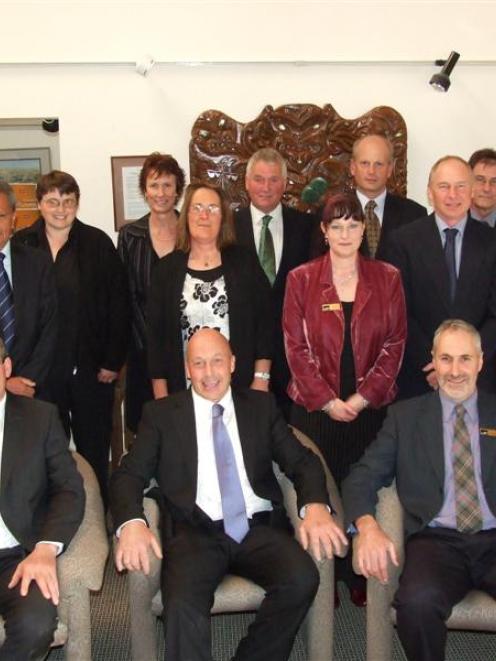 Cr Anderson, who stood in the Balclutha ward, was the highest-polling candidate in this year's election and has served the past two terms as deputy mayor.

"The role of the deputy mayor is one of assisting the mayor," Cr Anderson said.

After serving nine years on the council, he could now be considered one of the senior councillors, and a second role of the deputy was to provide leadership around the council, he said.

In his first address to the council as mayor, Mr Cadogan said he was excited to be working with such "highly skilled and respected staff", which had been reinforced last week at "mayor school" in Wellington.

"I had tea with ... Dr David McGee, ombudsman for local government."

"He has to act on 500, and he can't remember ever dealing with the Clutha district.

"To me, that is a huge endorsement to [chief executive] Charles [Hakkaart] and his staff, and is a great comfort to all councillors that we are backed by such a fine team."

It was a special night, especially for new councillors, as they embarked on the stewardship of the district, Mr Cadogan said.

World, national and local economic conditions were changing rapidly, and the council had a responsibility to change and be flexible, so as to best position the district's fortunes, he said.

"These are seriously challenging times. Our district has called for change. Let's be positive, and firmly believe that we can make a difference."