An operation targeting street racers in Invercargill has led to four people charged, 21 cars being ordered off the road and three being impounded. 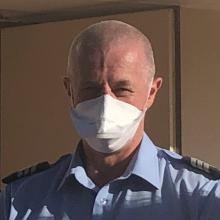 "The public were clearly getting sick and tired of cars racing around."

Over May 13-14, 13 police staff and four vehicle inspectors in Invercargill stopped 111vehicles, had 40 inspected, and found that 29 were non-compliant.

Twenty-one of those vehicles were ordered off the road and 91 infringement notices were issued.

Altered seat belts, and modified and damaged vehicle suspension were just some of the vehicle faults detected.

"And while we were also extremely disappointed there were so many non-compliant vehicles on our roads, we’re thrilled with these results — taking dangerous vehicles off our roads makes everyone safe," Snr Sgt Sullivan said.

During one inspection, police located illicit drugs, along with a significant quantity of cash.

As a result, a 20-year-old man has been charged with possession of cannabis for supply, and charges relating to other illicit substances are likely.

A 35-year-old man was also arrested after police stopped him due to his manner of driving.

He was charged with resisting arrest and refusing an officer’s request to give blood.

A 31-year-old man has been summonsed for driving with excess breath alcohol and driving contrary to the terms of a zero alcohol licence after being stopped in Dee St on Saturday evening.

Two vehicles were also seen racing each other in North Rd, detected travelling at excess speed.

Both vehicles were impounded, and the drivers will be facing prosecution.

Further arrests are expected as police continue to investigate some of the vehicles and drivers seen on the roads during the operation.