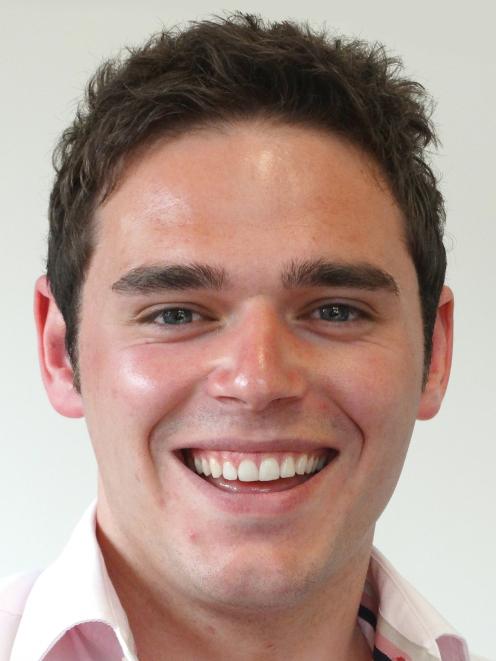 Todd Barclay
National MP Todd Barclay is facing a selection challenge in the Clutha-Southland electorate from a former top funds manager who worked in London, Singapore and Hong Kong.

``I welcome the challenge,'' the first-term MP said yesterday of the contest to represent the safe National seat in the 2017 general election.

His challenger is Simon Flood (52), a former Merrill Lynch funds manager who lives in Queenstown.

The candidates are yet to be publicly confirmed, but when contacted Mr Barclay acknowledged Mr Flood's challenge. The nominations period ended just over a week ago.

Mr Flood, whose most recent overseas role was Asia Pacific head for Axa Investment Managers, in Hong Kong, said yesterday he was unable to comment.

In a statement, Mr Barclay implied that internal conflict with local party members was because of a ``new style of public engagement''.

Mr Barclay was the subject of a low-key police investigation over an ``employment issue'' in the Gore office that led to the departure in February of long-serving electorate secretary Glenys Dickson. Then electorate chairman Stuart Davie also resigned, calling his position ``untenable''.

Yesterday, Mr Barclay said he had not been interviewed by police about that matter.

It involves a claim the MP made a secret recording.

Mr Goodfellow said in a statement that candidate selections were an internal electorate matter.

``We don't discuss candidates in a selection until after pre-selection is complete, which will take place towards the middle of December.''

The successful candidate would be confirmed before Christmas.

Mr Barclay said his ``passion and determination'' to serve as MP had grown.

``One of my biggest challenges has been embedding a new style of public engagement, and I know change in this regard has been difficult for some people to adapt to.

``I've placed a real focus on stepping up and improving our engagement with the public ...''

``For the party, I've implemented a new fundraising system which is bringing in more money than ever before.''

Mr Flood, originally from Christchurch, was nominated in 2013 for the 2014 election but pulled out of the Clutha-Southland selection race. It was not the right time for his family to move back to New Zealand from Hong Kong, the ODT understands.

He had a 25-year career overseas before returning to New Zealand last year.

For most of that time, Mr Flood worked in London for Merrill Lynch, the same financial firm as Prime Minister John Key, but in a different division.