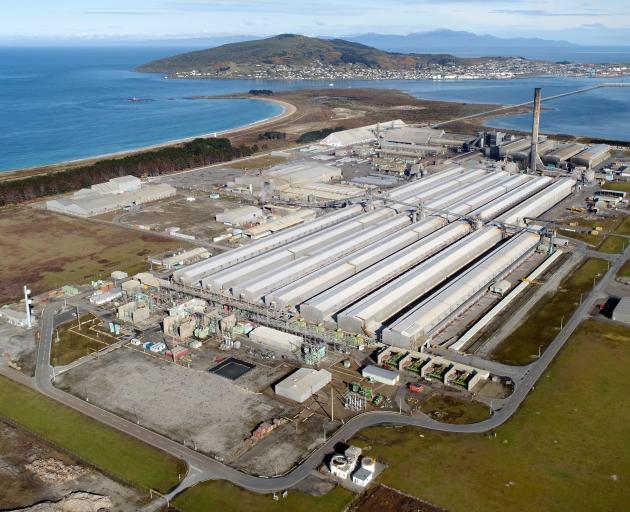 Tiwai smelter. PHOTO: ODT FILES
The development of, potentially, the world’s largest green hydrogen plant in Southland is a step closer with two Australian companies shortlisted for the project.

Southern Green Hydrogen, a joint venture between Meridian Energy and Contact Energy, was formed last year and is investigating the use of renewable energy at Tiwai Point to produce green hydrogen at scale, once the supply agreement with New Zealand Aluminium Smelters finishes at the end of 2024.

Meridian development general manager Guy Waipara said yesterday that while the project was intended to be operational by 2027, the work was tracking well with Australian companies Woodside Energy and Fortescue Future Industries having entered final-stage negotiations to become lead developer of the project.

"Everything is tracking well and we are very pleased with the quality of the proposals.

"Both companies are really good and have strong proposals so that is the reason why we gave ourselves until the end of August to make this difficult decision," Mr Waipara said.

Among the points to be considered were their technical capability to take on such a large-scale project, commercial aspects and the benefits for the community, he said.

One of the ideas of the venture was to be able to reduce hydrogen production in the dry months to allow electricity to flow back into the grid to support homes and businesses.

Mr Waipara said the lead developer of the project would be announced by the end of the year and then the project would enter the detailed design and engineering assessments phase, with construction planned to start by 2024.

Meridian Energy chief executive Neal Barclay said the proposals made it clear that large-scale production and export of green hydrogen in Southland was both technically feasible and commercially sound.

"Both have demonstrated that global markets for green hydrogen and green ammonia are imminent, and both are engaged in discussions with customers about buying the large volumes that the Southland plant will produce," Mr Barclay said.

The two Australian companies would now provide more detailed proposals by the end of August, and the final selection of the lead developer would be announced soon after. 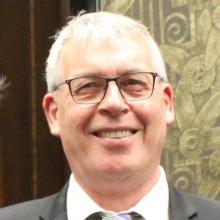 Hokonui Runanga representative and Ngai Tahu lead for the project Terry Nicholas said the project team would be working closely to ensure the best possible outcome was achieved for the region.

"We see green hydrogen as pivotal for the future of Southland-Murihiku and for Ngai Tahu.

"We will be looking for a partnership that works to benefit our future generations, the community we are a part of, and the wider national interest."