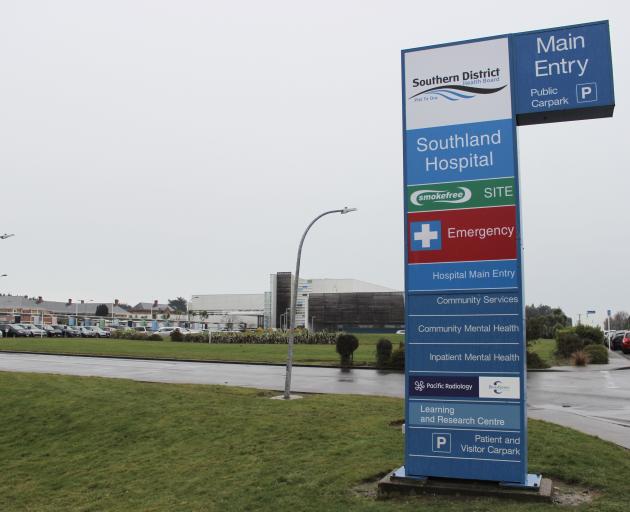 Southern District Health Board (SDHB) associate director of midwifery Fiona Thompson said women were sent to Dunedin if the mother was in need of help and was less than 32 weeks’ gestation, but there were also other cases when they had to be transferred.

"Occasionally, mothers are sent from Southland to Dunedin Hospital because of capacity on the ward or staffing levels, but this is only once or twice a month."

While it was difficult for families when this happened, patients were transferred only if it was absolutely necessary, she said.

"Our priority is to ensure the safety of the mother and her baby."

The nationwide shortage of midwives had affected both Southland and Dunedin hospitals, she said.

Protocols were in place to work through adequate staffing numbers and rosters were completed and reviewed by the charge midwife on a daily, weekly and monthly basis, to seek to improve the staffing on every shift, she said.

"The charge midwife at Southland Hospital regularly meets with the obstetrics and gynaecology team to review inductions of labours and booked elective work, such as Caesarean sections.

"They will schedule activity around stable staffing levels and extra staff will be called in, if required."

"Five core midwives from Southland have left to become LMC’s (lead maternity carers), attracted by the flexible hours and higher income that offers.

"A further four Southland Hospital core midwives have taken maternity leave. A small number of others have moved internationally, or been promoted within SDHB (which is a positive aspect of working as a midwifery professional).

"All of these movements have left gaps, and ... since Covid, staff are not moving around so much within New Zealand, and most DHBs are all trying to recruit the same resource."

Both Southland and Dunedin had changed their models of care to include the recruitment of registered nurses as part of the team, she said.

"As part of this, Southern DHB has been working to develop a plan to support registered nurses who wish to enter the midwifery pathway."

SDHB had created an assistant director of midwifery role to give extra support to the Southland Hospital midwifery service and staff, she said.

Three midwifery recruitment campaigns had been conducted internationally and within New Zealand, including the development of a local recruitment video.