Solo mum top of the class 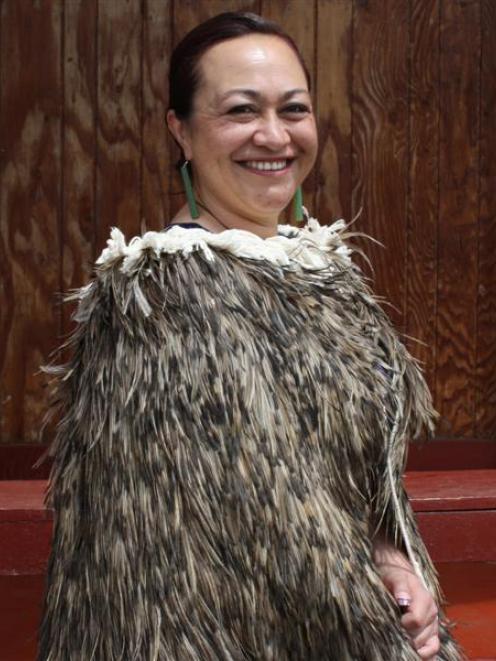 Justine Donner at Invercargill's Murihiku marae. Photo by Allison Rudd.
One of the main organisers of a pre-graduation function for Invercargill teaching students yesterday was surprised to find herself the centre of attention.

When it was Justine Donner's turn to be acknowledged in front of family, friends and tutors at Invercargill's Murihiku marae, she heard she had been named the University of Otago's top teaching graduate for 2013.

There are hundreds of graduates annually from the university's College of Education, most from the Dunedin campus. Ms Donner (37) is one of 44 graduating from the Southland campus.

She said she was ''stunned'' at the honour.

''This was so far off my radar I never dreamed it was possible.''

Southland campus senior lecturer Parker Ormond said he believed it was the first time an Invercargill student had been named top University of Otago teaching graduate.

Originally from Opotiki, Ms Donner worked as a dentist's chairside assistant before moving to Dunedin five years ago with her baby son Varik to begin a health sciences degree.

But the single parent said it was not long before she decided on a career change to teaching.

She moved to Invercargill because she said she wanted to study at a small campus known for its family atmosphere.

Several members of her family from the North Island, including her mother, were at the Murihiku marae celebration yesterday and they will also support her on Saturday when she graduates at the Dunedin Town Hall with a bachelor of teaching degree, majoring in bilingual teaching at primary school level.

This is the first year Southland campus early childhood, primary and bilingual programme students are travelling to Dunedin for their graduation ceremony.

The university decided at the end of last year it would no longer run the Southland ceremonies. However, the 30-year tradition of local graduation functions continues, with two held yesterday, one at the Murihiku marae and another at the Ascot Park Hotel.

''It is our way of ensuring graduands can share their achievement with their families and those they have studied with,'' Mr Ormond said.allison.