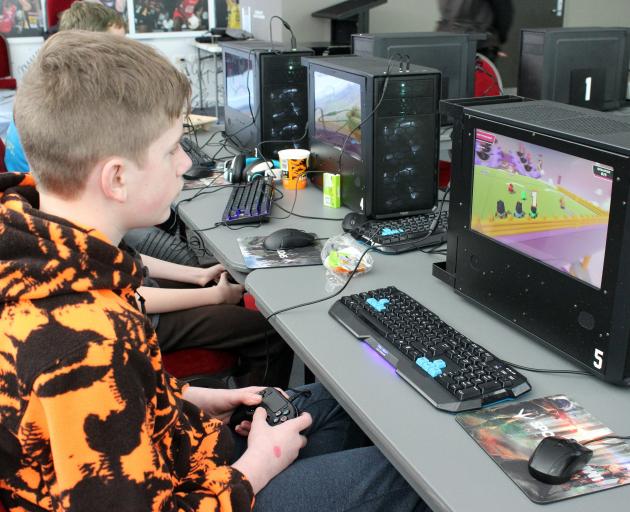 "These events are designed as an opportunity for kids to congregate around for a common interest,’’ he said at the latest session on Saturday.

Over the four years he has been running the events, Mr Wards has seen the difference these sessions make.

When parents dropped off their child, they often said he or she would probably not interact much, he said.

"But when they come back, they’re absolutely blown away. They see their kid at the table screaming across the room. They can’t believe it.

"They’re in their element."

People thought of gaming as something children did shut away with the curtains drawn, he said.

Most of the gamers were playing multiplayer games, where there was a winner at the end.

It also gave some players a chance to play games they might not have at home, Mr Wards said.

They played a multiplayer game on Saturday and the banter was rife.

There were yelps and cheers as players won or lost.

For Zachery Burt (12) the chance to play once a month and interact with other gamers is great fun.

‘‘I'm having fun with other people and getting to know them,’’ he said.