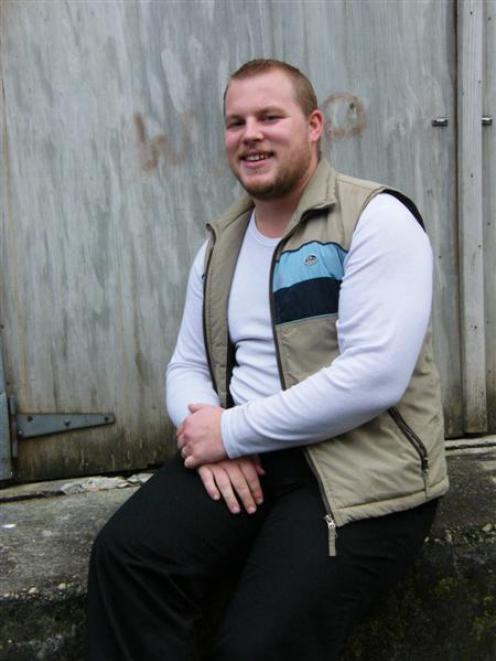 Mr Green, who is from Matakana, north of Auckland, works with children between the ages of six and 15.

‘‘I work with youth one-toone on anger issues, positive role-modelling, learning to deal with confrontation and getting involved in the community,'' Mr Green said.

While he worked with either boys or girls, at the moment all the youngsters he was working with were boys, he said.

He provided ‘‘a bit of guy time'' and helped those referred to him to learn to build relationships and interact in the community.

Mr Green completed a national certificate in outdoor leadership recreational education when he was 18.

‘‘Since then I have worked for the YMCA in Auckland as an outdoor instructor, Auckland City Council holiday programmes as an instructor and also spent three and a-half years in the New Zealand Army, Royal New Zealand Infantry Regiment, as a soldier.

‘‘I have also done work for the Agape Trust, a Christian values-based alternative education provider in Christchurch,'' he said.

He referred people to other agencies for specialised advice, he said.

‘‘I have always been involved with working with children, teens, parents and caregivers in some way or another throughout my working career, so I jumped at the chance of becoming a youth worker for the Gore and districts community,'' he said.

He worked in the areas of leadership, social skills and adventure-based learning, he said.

Since arriving in Gore, Mr Green had noticed a lack of opportunities for youth activities in the area.

He said unless children were involved in church youth groups or kapa haka there were few options.

He applauded the Mataura Youth Trust for its plan to turn the former Mataura Town Hall into a youth centre.

He said it was a good idea to get young people involved in the planning of activities that related to them.

The two biggest issues the young people of Eastern Southland faced were alcohol and bullying but those issues were prevalent in many other areas in the country, Mr Green said.