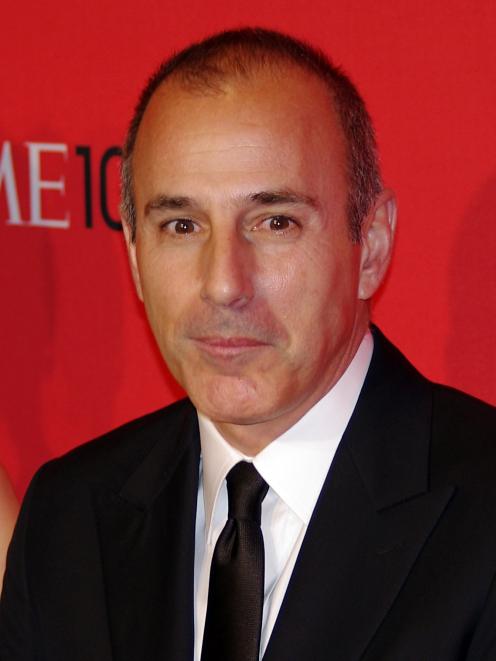 Matt Lauer.
The sale of Hunter Valley Station to American television presenter Matt Lauer and his wife Annette will benefit every New Zealander, the station's leaseholders for the past 40 years say.

Last week, the Commissioner of Crown Lands gave consent for the transfer of the 10,759ha high-country station's lease which extends from the northern shores of Lake Hawea into the Hunter Valley.

The land is still owned by the Crown. The Lauers have only bought the lease to the land.

It has been run by Pene and Taff Cochrane since they took over the pastoral lease in 1976.

They were unable to be contacted for comment yesterday.

A written statement the Cochranes gave to the Overseas Investment Office supporting the Lauers' purchase of the station was included in the OIO's full decision on the sale and the Lauers' application, released to the Otago Daily Times under the Official Information Act.

The price paid for the station was redacted in the information.

In the statement, the Cochranes said they hoped the sale of Hunter Valley Station would be of benefit to New Zealand, in terms of fostering the ongoing protection of the environment, increasing the productivity of the farm and maintaining safe public access through the station.

Since buying the lease, the Cochranes said they had developed the land from an uneconomic and rundown farm into a much more productive operation.

Despite the improvements, it was still vulnerable and exposed economically and needed investment to lift production.

As part of the sale conditions, the Lauers will invest at least $1.2million over five years in on-farm developments and $400,000 to increase stock numbers.

During the five years the property was on the market no potential buyers were willing to buy the station at or near its rateable value, which is about $14million and lease the it back to the family for farming at an affordable price, they said.

As part of the sale, the farm will be leased back to the Cochranes' son who will run it.

The Cochranes have been criticised in the past for what some have said is their overzealous approach to allowing public access to the Hawea Conservation Park and to the Department of Conservation Kidds Bush camping ground.

The Cochranes defended their approach, saying they had willingly shared the environment of the station with the public for more than 25 years.

Because of the unpredictable and potentially dangerous environment of the station and the surrounding area those wishing to access the farm needed to be experienced and prepared for the environment they might encounter.

As part of the purchase, the Lauers have said they will increase public access through the station to some areas particularly on Saywer Burn Track, and will continue to allow access to other areas of the farm when suitable.

The Cochranes also said the way they had run the farm helped protect native vegetation and controlled introduced weeds from spreading throughout the farm and into the Hunter Valley and the surrounding hillsides.