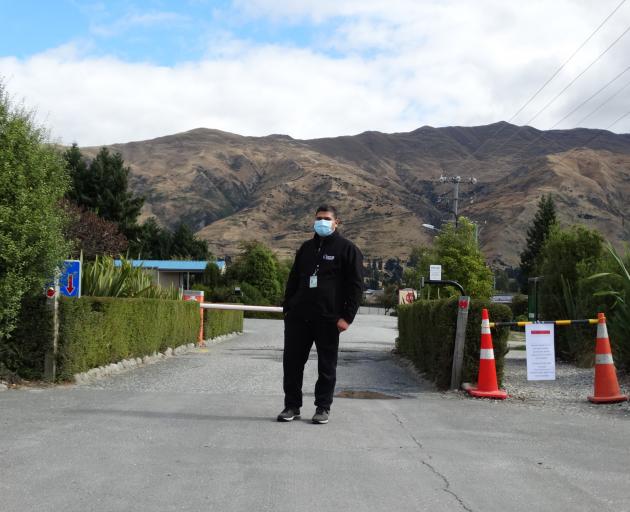 They are partially isolated in the park’s cabins and lodge, but sharing facilities.

"Hopefully some of these people will be on that flight back to where they come from."

He had not yet heard when the flight might leave.

Some of the tourists had been travelling in the type of small van often suspected of not being properly self-contained.

Mr Sanders said they had been taken out of the vans and put into camp facilities.

"We’ve tried to isolate them as much as we can.

"We’ve got that pretty much under control, but for the longer run it is not a good thing."

The tourists were from various countries and were just happy to have somewhere to stay, he said.

All the park’s self-contained units were full.

The park was closed to new campers but people were still "knocking on the door trying to get in".

"We have to protect the bubble we have there," Mr Sanders said.

A man travelling with his 75-year-old mother was one of those turned away yesterday.

He was directed to the Hawea Camping Ground which still had some self-contained units available.

His other option had been to go to self-contained units in Queenstown or Arrowtown.

He also operated the Albert Town Camping Ground, which was closed with 11 "bubbles" of self-contained campers inside.

He said the Glendhu Bay camping ground had 40-50 people in self-contained camper vans or units.

"They are very happy.

"They don’t want to leave; they feel very safe."

Mr Sanders said Glendhu Bay had the advantage of one of its managers being a former nurse.

Operated by Virgin, VA9552 to Brisbane, due to depart at 4.50pm, is a repatriation flight for Australian residents.

Following that, international services to and from Queenstown will be suspended until June 30.

Domestic services will only continue for "essential services travel".