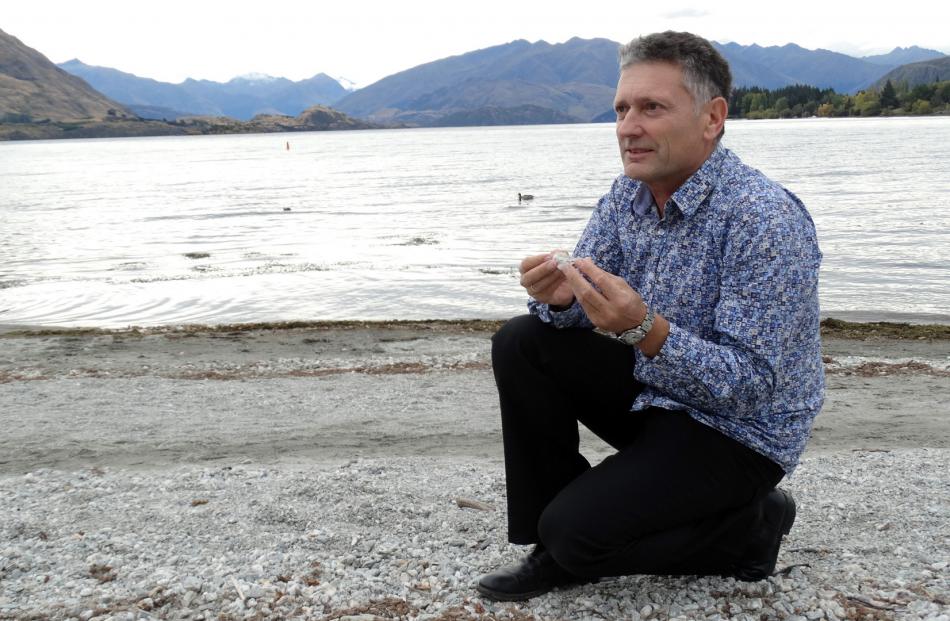 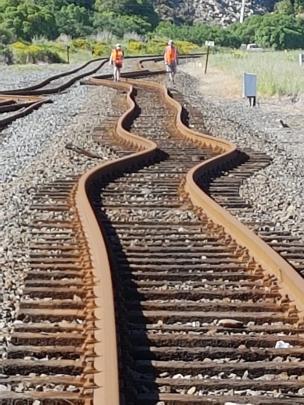 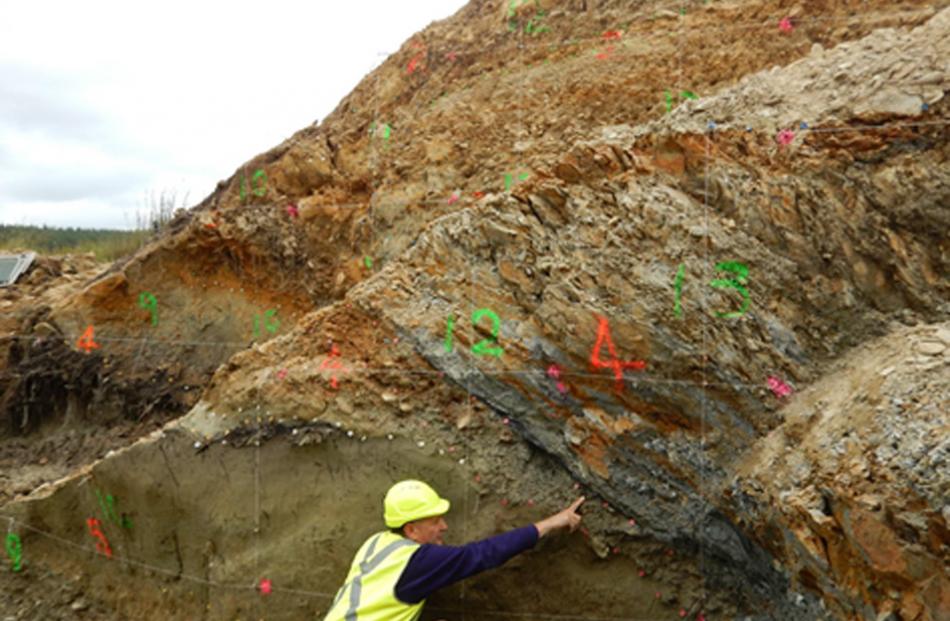 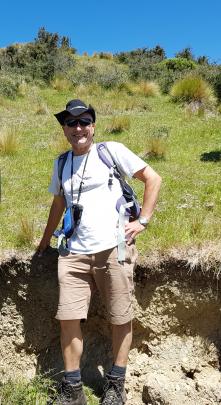 Prof Mark Stirling in front of the rupture of the Stone Jug Fault in North Canterbury. Photo: supplied.

One of the world’s leading authorities on earthquakes believes we are still about 50 years away from being able to predict when they are going to happen. He spoke to Kerrie Waterworth ahead of a talk last night to the Wanaka branch of the Royal Society of New Zealand.

The University of Otago’s inaugural professor of earthquake science, Mark Stirling, has spent his life studying earthquakes both prehistoric and recent and says there is nothing we can measure that can give a precise warning in the months, weeks, or days before an earthquake event.

"Predicting earthquakes is different from volcanoes, where you can get signs like deformation of the volcano itself or changes in the chemistry of nearby lakes or gas.

"We have improved our forecasting of the probability of earthquakes within certain time periods and based on the long-term average rates of seismic activity in a region, but forecasts can be very wrong in areas like Christchurch, where there had been almost no activity and then you suddenly had this once-in-a-blue-moon big shock," he said.

Prof Stirling believes finding patterns of earthquake activity over tens or hundreds of thousands of years instead of decades could tell us the probability of a faultline having that once-in-a-blue-moon major earthquake.

Currently supervising Otago University master’s student Briar Taylor Silva on the first-ever paleoseismic investigation of the Akatore Fault, the closest fault to Dunedin, Prof Stirling expects the results of the thesis could  determine whether Dunedin is due for a once-in-a-blue-moon earthquake.

"We’ve found the timing of all the prehistoric earthquakes on the Akatore Fault and there were three earthquakes in the last 10,000 years and two between 1300 and 750 years ago. If the last one happened around 750 years ago, it could have been felt by early Maori, but we think it probably happened nearer to 1300 years ago," he said.

He has had an interest in earthquakes since he was a child growing up in Blenheim and his parents took him for holidays in the West Coast mountains where he wondered "how did those mountains get there?".

He found out by studying geology and seismology and obtaining a BSc and MSc(Hons) from the University of Otago and a PhD on earthquake hazards from the University of Nevada, Reno. Before returning to Otago University to become the first professor of earthquake science, Prof Stirling was a principal scientist at GNS Science and developed the last three versions of the national seismic hazard model for New Zealand (1998, 2002 and 2012), which is the hazard basis for the New Zealand loadings standard.

Being at an earthquake site just after the event, seeing the fresh scars on the landscape and feeling the aftershocks, was the most exciting time, he said.

"It’s an incredibly dynamic environment. You learn so much and seeing these ruptures for the first time, before anyone else has, it’s science in your face and it’s a very profound experience."

He was a member of the Otago University team  which mapped one of the 21 faults that erupted in the magnitude-7.8 Kaikoura earthquake last year.

"One of the biggest learnings from the Kaikoura earthquake was that even though we had complex earthquake ruptures in our seismic hazard model, we didn’t have them to the extent shown by this earthquake. There were 13 main groups of faults that erupted with ruptures that went north, south, east, west and diagonally. It wasn’t the pure north/east striking event that we would have expected from the Marlborough faults."

As far as he knows, having 21 faults erupt in an earthquake set a world record. The earthquake caused between 100,000 and 200,000 landslips and formed 80 dammed lakes as a result.

"This region is a very active area, as it’s right on the plate boundary zone. In 1888, there was a 7.1 or 7.2 in the Hanmer Springs area that knocked the top off the Christchurch Cathedral and in 1848 in Marlborough there was a 7.6 quake.

"There has also been plenty of prehistoric earthquakes and a lot of research done on those faults. We know the Kekerengu Fault, which produced the biggest ruptures in the Kaikoura earthquake, has an average of 1000 years between quakes."

The Kaikoura earthquake was "scientifically fascinating" and every earthquake geologist and seismologist in the country was involved in it or wished they were, but emotions would have been very different in Christchurch on February 22, 2011.

"It’s what someone once described to me as a schizophrenic experience; you’re excited by the science of the earthquake but horrified by the consequences. I learned a lot from the Christchurch earthquakes scientifically but I would rather they hadn’t happened."

One of the biggest "learnings" from the Christchurch earthquakes was hazards of earthquakes cannot be reduced but the risks to human life and property can.

"We can do that by building better buildings, building evacuation plans, building alternative routes of travel, rebuilding damaged transportation by more resilient means, and this is going on in Christchurch."

"They have walked away from some of the most badly devastated areas in Christchurch that should never have been built on in the first place, like along the Avon River and Bexley, and turned them into green fields, which is very sensible and prudent. Even though Christchurch has probably had its worst event with a direct hit of a very energetic 6.2-magnitude earthquake, it’s still going to get hammered in the future from all the faults in the Southern Alps and the Alpine Fault, so they’re preparing for it and it will be a better city for it."

Prof Stirling said satellites could now pick up deformations in the earth’s crust over time but "it’s not really any use in low-activity areas". He guessed it would be 50 years before we can predict earthquakes, as that is the time between major scientific quantum-leap discoveries. In the meantime, for the next 49 years he suggests people "really know your environment, and face up to the hazards of living on the shaky islands by developing better engineering and better mitigation plans".

Prof Stirling delivered a Royal Society Wanaka Branch public talk "The Magnitude 7.8 2016 Kaikoura Earthquake: What we saw and what we learned" at the Presbyterian Community Centre in Wanaka last night.