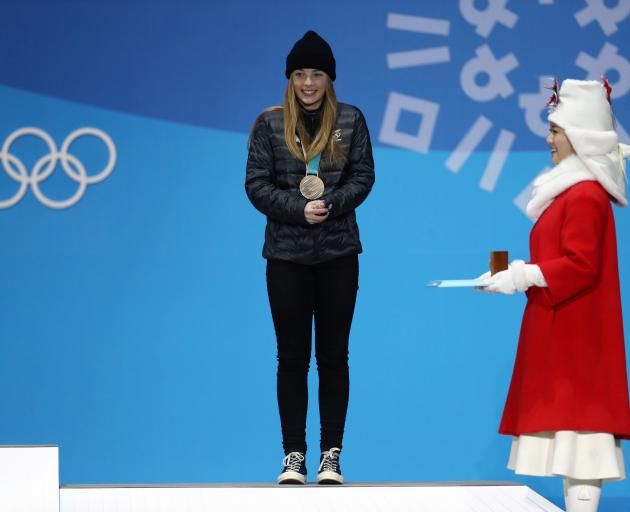 Mount Aspiring College staff and pupils gathered in the school gymnasium to watch one of their own, Zoi Sadowski-Synnott (16), claim New Zealand's first medal of the 2018 Winter Olympics.

The school was bursting with energy and excitement as Zoi stood at the top of her final big air run, sitting in bronze medal position with several riders still to come.

As she dropped in, pupils thumped their feet on the floor in anticipation, but then they let out a collective groan as she failed to land her first trick.

In the end it did not matter, as none of her rivals could knock her off the podium.

"We just couldn't be prouder. We can't wait to share in her success once she's back at school. She's such a lovely person. It's absolutely fantastic," he said.

An hour after Zoi made history, two other Wanaka athletes, Beau-James Wells and Nico Porteous, took flight in the men's ski halfpipe final and Wanaka folk had more reasons to yell at the TV. 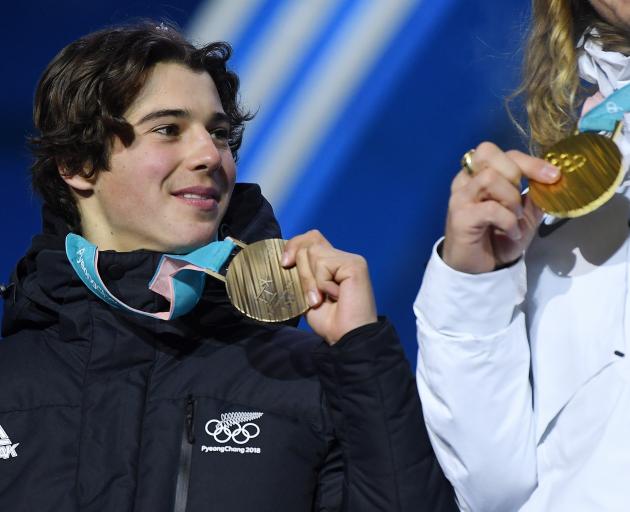 Nico Porteous eyes up the gold while showing off his bronze medal from the Winter Games in South Korea. Photo: Getty Images
After Wells threw down a solid 87.40 in his first run, 16-year-old Nico shook off any nerves to land a huge run, scoring a 94.80 to move into first place.

He was denied the gold medal and then the silver by American duo David Wise and Alex Ferreira, but he was visibly happy to walk away with bronze. Wells finished fourth and was equally pleased.

All three athletes have grown up and trained at Cardrona Alpine Resort near Wanaka.

"They feel like our children. We've watched them grow up since they were just babies."

Sadowski-Synnott's older sister Reilly (18) was among a crowd of friends and supporters watching in the big air battle on TV in the common room of a University of Otago hall of residence in Dunedin.

Reilly said she was "so nervous ... fully shaking" for her sister before the medals were decided, but the common room soon erupted in cheering.

"We all screamed, we were so stoked. I just couldn't believe it - so proud of her," Reilly said.

The two siblings had taken to the
slopes around Wanaka to snowboard together from a young age, but Reilly eventually focused on skiing, while her younger sister kept snowboarding.

"I think she started snowboarding when she was like 8, and ever since then she has been hooked on it, constantly trying to better herself.

"She has such a strong work ethic with everything she does. It means the world to her.

Reilly said her parents and other family members were all in South Korea for the games, but she had opted to stay back to begin her first year as a commerce student in Dunedin.

"I really just wanted her to do the best she could because she's put so much effort into where she is now, and I also wanted her just to have fun."