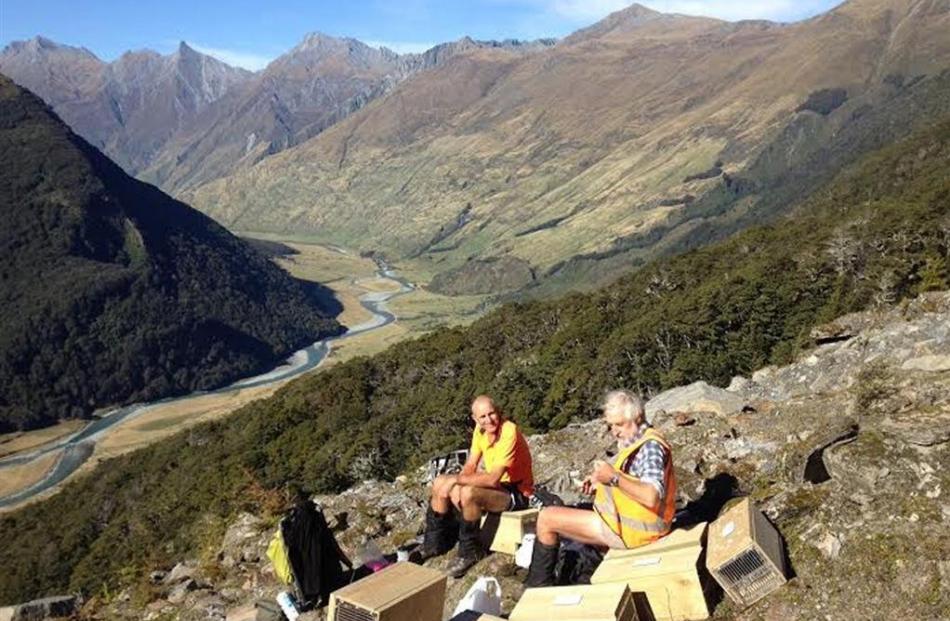 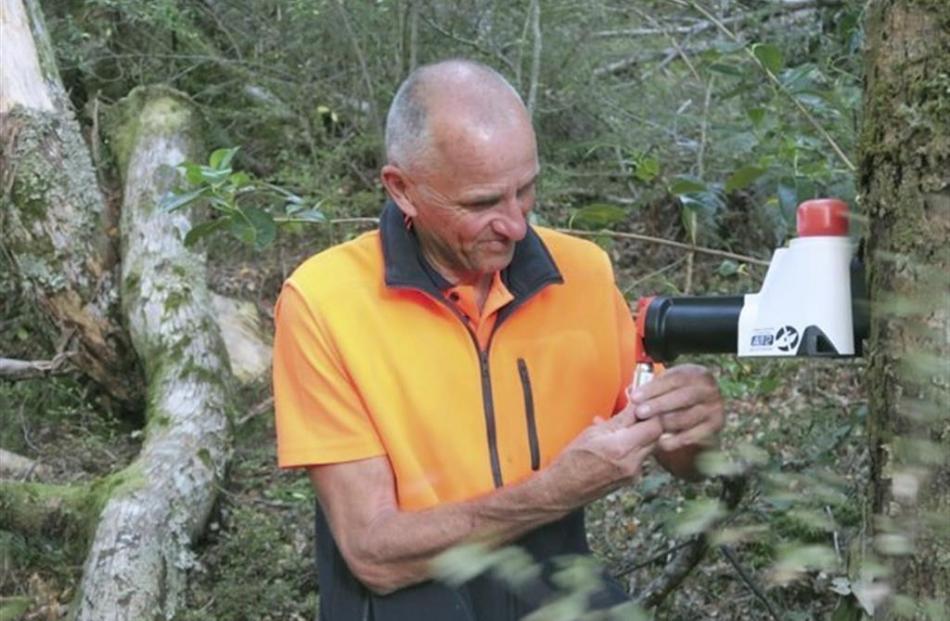 Paul Hellebrekers installs a trap in the valley. 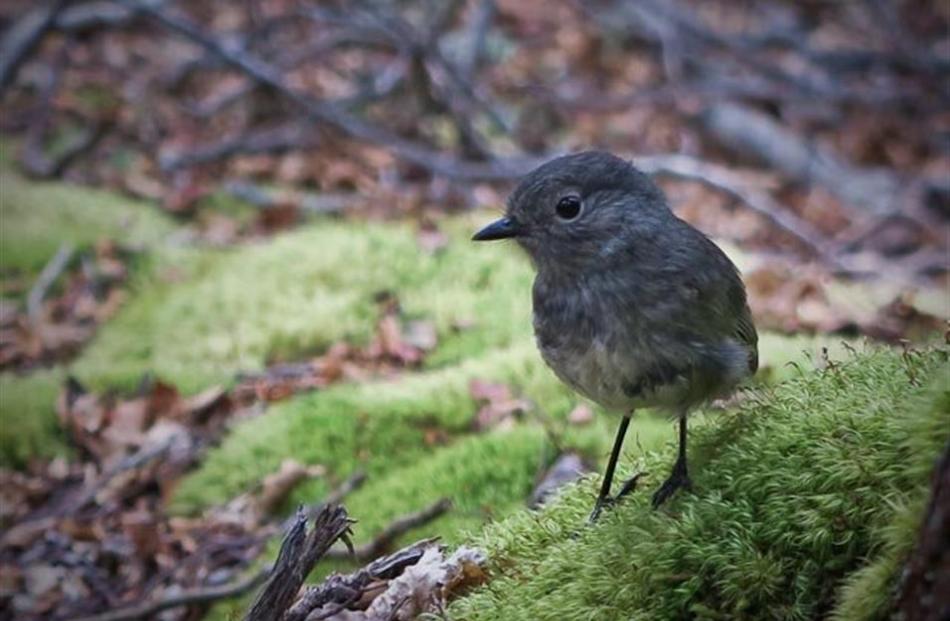 A South Island robin in the Matukituki Valley.

The Matukituki Valleys - East and West - are the main corridors into the Mt Aspiring National Park for 80,000 people each year, but also for cats, rats, stoats and ferrets seeking food in the form of native birds. Now, as Wanaka bureau chief Mark Price reports, a concerted effort to turn the predator tide is beginning to show results.

For two years running, keen trampers Gillian and Derek Crombie came across not a single kea in the upper reaches of the Matukituki Valley, near Wanaka.

They had been visiting the valley for 30 years and found the birds' absence unusual.

But, instead of shrugging their shoulders and heading home to Christchurch, they called at the Department of Conservation office in Wanaka and asked a fateful question.

That is how Gillian Crombie remembers the first step in the formation, in 2013, of the Matukituki Charitable Trust and its joint venture with the Department of Conservation - the Matukituki Valley Protection project.

Leaping ahead three years, the trust's latest newsletter notes a helicopter landing in the valley's Gloomy Gorge to drop off predator traps was "surrounded'' by 30 kea.

And that's not all.

South Island robins have spread through the valley.

The voices of long-tailed bats have been recorded.

Forest birds such as bellbirds, riflemen and kakariki are more prevalent.

Wood pigeons have been spotted for the first time in years.

And fewer predators are being trapped.

Mrs Crombie said while the trust was set up with the goal of increasing the kea population, the growing number of robins indicated a general improvement for the valley's bird life.

Robins that were extinct in the valley at one point, and then re-introduced by Doc in 2008, were now everywhere in it, she said.

"Everytime you stop to do something, a couple of them come down and have a look to see what you are up to.''

And Mrs Crombie said the hard work of protecting the high-altitude rock wren from predators appeared to be paying off, with Doc monitoring showing the population was stable.

"At least it's not going backwards now.''

And, over the summer, a student group from the Bay of Plenty Polytechnic saw and recorded the rare sounds of long-tailed bats near the Aspiring Hut.

"They could see the bats coming and going and they were trying to figure out where they were actually roosting.''

The trust is not taking all the credit for the improvement in native wildlife.

Heather and Stu Thorne have spent 10 years trapping to protect the robin population; there are now four trusts working in the East and West Matukituki Valleys and the Department of Conservation has used aerial drops of 1080 poison to kill predators.

And they are not claiming the battle is won.

Mrs Crombie is "a bit nervous'' about the effects from the heavy fall of beech tree seed this year and whether an aerial drop of 1080 poison will be carried out again.

"We don't want to go backwards.

"We're going in there trying to make a difference and a 1080 drop is just something that will help us achieve our goals faster, I would say, and stop us going backwards.''

Mr Hellebrekers now manages the trust's Matukituki Valley Protection Project and also helps co-ordinate the efforts of all groups working in the area, extending as far down the valley as Glendhu Bay.

He has taken on the responsibility for the trust's 483 predator traps, and plans to add another 125 this summer.

Before the trust got involved, the valley had just two trap lines with a total of 60 traps.

"Clearly, the 1080 was the big hit on the possums, in particular, and the trapping is just keeping [predators] at low numbers, particularly the stoats, which is what we are trying to focus on.''

Asked what he thought when he checked a trap and found it empty, Mr Hellebrekers replied: "Great.''

"If you get a whole lot of empty traps or haven't got a kill, that's actually a good sign.''

Mr Hellebrekers did not expect it would be possible to eliminate predators from the valley, "but if you can keep them at really low numbers, then the bird population, for example, can quite happily survive and continue to flourish''.