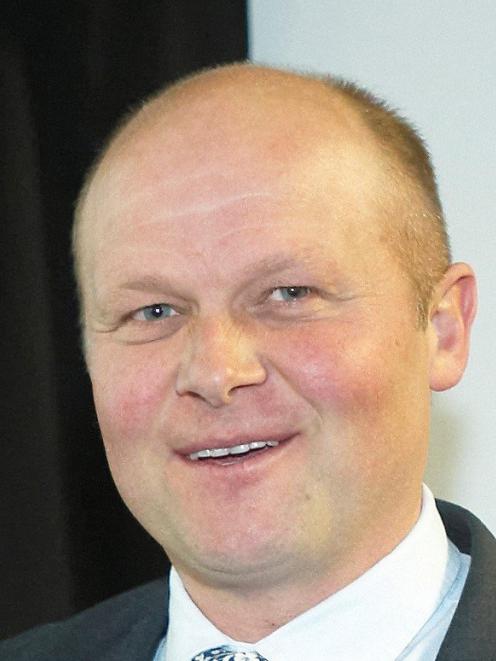 Lyndon Strang
Agriculture, as a whole, needs to be brave.

The three-day event was attended by nearly 100 dairy farming leaders who discussed sustainable farming and progressed goals for the future.

Mr Strang and his wife Jane milk 450 cows at Five Forks and run a self-contained operation, wintering all cows, rearing young stock and growing the majority of their supplements.

The couple aimed to run a business that provided good returns, had minimal impact on the environment, and was a place where people enjoyed working.

He was a driving force behind the North Otago Sustainable Land Management Group and particularly enjoyed working with and educating those outside agriculture on what was being done in the sector to reduce its environmental footprint.

The sector needed to "front-foot things'' rather than waiting to be told what to do when it came to issues like global warming and greenhouse gas emissions, he said.

When it came to water quality, it was about taking leadership and "not waiting to analyse everything''.

"If it looks wrong, [or] if it feels wrong, it is wrong. So change your habits,'' he said.

It was reassuring that experts speaking at the forum emphasised that none of the legislation wanted to "put farming under''. That was not the intent.

New Zealand needed a strong farming sector and economy but there were some environmental issues that needed addressed, Mr Strang said.

The only way farmers would get their "social licence'' back was by teaming up with their urban counterparts and stakeholders and working together.

Things also needed to be looked at from the global customer's perspective and what they wanted around animal welfare, looking after people and the environment.

It also reinforced what was being done through catchment groups in Otago was "bang on''.

"Farmer-led and community-led catchment groups just getting on and doing things in Otago is the gold,'' he said.

Having a strong dairy industry was also crucial. To make good environmental social changes within farming, money was needed.

Programme chairwoman Tracy Brown said the forum was geared at developing and empowering dairy farming leaders to shape a sustainable future for the sector and its communities.

In its sixth year in its current format, this year it hosted around 50 new dairy farmers, expanding the programme's dairy farmer base to 300 nationwide.

Keynote speaker was Dunedin businessman and technology entrepreneur Ian Taylor, who talked about how to inspire everyone to work together to get the best results for New Zealand.