Another season, another venue... 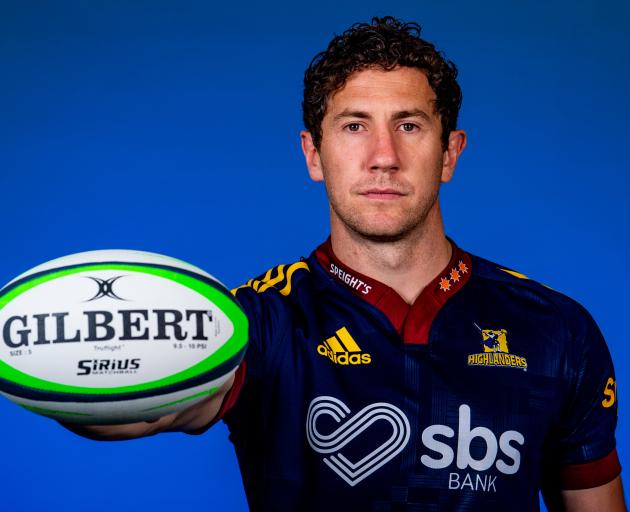 Marty Banks. PHOTO: GETTY IMAGES
He has been everywhere, man.

Crossed the ocean to Russia, man.

Blenheim and Nelson, Wellington then Dunedin, he’s been everywhere.

Italy, Japan and even Southland, man.

And now rugby nomad Marty Banks will be heading to Queenstown.

The first five is back for a third stint with the Highlanders and told the Otago Daily Times yesterday he was not sure whether reports the six New Zealand-based Super Rugby teams were moving to Queenstown to help mitigate the threat of Covid-19 were accurate.

The move was confirmed later in the day.

He was ready either way. Living out of a suitcase is nothing new to Banks.

"There is a lot of speculation and we are hearing as much as anyone else is hearing," he said.

"If it does happen ... it will be pretty tough on the guys with [families].

"But I’ve been away on tours before to South Africa for a few weeks and those sort of trips actually strengthen the team. You get to know the guys really well.

"Obviously this is going to be a competition-wide thing where everyone is in a bubble. But when the Highlanders have had a bit of adversity, it brings us together stronger as a group."

The teams will be based in Queenstown for up to a month, which is a long stint away from home.

Life could be a little boring — a constant cycle of training, playing and staring out hotel windows.

But the Highlanders are already operating under tight guidelines.

The players are tested twice a week. They have to "mask up" other than when they are on the field.

"So we are taking it really seriously. Everyone in the environment appreciates that Covid is going to end up in Dunedin ... and as a team we are setting limits to our exposure."

Those limits include quite tough restrictions around where they can go and what they can do.

Walks outside are fine, but dining at a restaurant, cafe or going to a movie are all out.

"We have to live pretty basic lives — just training and home.

"I guess it will be boring but it’s our jobs. I know there will be boys who will find it tough.

"But at the end of the day we’re professional rugby players and the competition lives and dies by how the next few months play out.

"If we can keep Covid at bay then we can play our pre-season games and our competition games."

Banks said New Zealand Rugby was aware living in a bubble could be stressful, and player welfare would be carefully managed.

"There will definitely be pathways put in place to make sure everyone is as comfortable as they can be in what is obviously going to be a fairly uncomfortable situation if we are away from home for a certain period of time."

Banks’ decision to return from Japan and rejoin the Highlanders was driven by "a love-love relationship".

"It is just such an awesome team to part of."

He still had the desire to play Super Rugby and he wanted to spend more time with his partner, television sports reporter Michelle Prendiville, as well.

"That made the decision to stay in New Zealand really easy.

"Obviously the landscape has changed a bit. I’m a bit older and the team is a bit younger. Seeing some younger faces come through makes you appreciated that it does not take long for the time to pass."

The 32-year-old is in good shape and keen to push hard for starting opportunities.

His kicking game will come to the fore, with the first three or four weeks of the competition being played at outdoor venues in Queenstown and Invercargill.

The Highlanders’ first hit-out is a pre-season game against the Crusaders at Weston tomorrow.

The Crusaders have named Otago outside back Freedom Vahaakolo on the right wing.