Talk about defying the odds.

King’s was just happy to emerge from pool play and still be in the running for the Rankin Cup. But the team was a lot better than even it considered.

It took some luck to get there, though. It prevailed 1-0 in a must-win pool game against Wellington College to stay in the hunt.

That set-up a tough semifinal against a powerful St Kentigern College side.

The match was tied 1-1. But the deadlock was broken during a tense shootout. King’s came away with a 5-3 win and no nails left.

Timaru Boys’ High School dominated possession in the final but King’s was tenacious on defence and took its chances at the other end to win 2-0.

What had seemed unlikely earlier in the week had unfolded in the most glorious way for the underdog team from Dunedin. 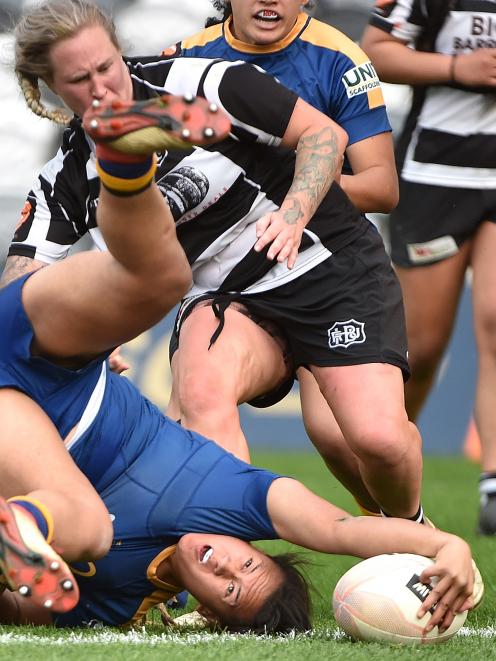 Says it all, really. You simply cannot do any better.

The Otago Spirit was the pace-setter in the Farah Palmer Cup Championship and clinched a thrilling 24-20 win against a plucky Hawke’s Bay Tui side in the final in Dunedin in October.

The visitors led 8-7 at halftime and nursed a five-point advantage midway through the second spell.

But a couple of late tries and some accurate kicking from reluctant first five-eighth Rosie Kelly sealed the win.

Good teams find a way to win the matches which look like they are slipping away.

The Spirit played an attractive brand of football all season. And it was well-suited to the dry surface provided by Forsyth Barr Stadium.

That ability to counterattack and keep the ball alive made Spirit matches compelling viewing.

Victory earned the side promotion to the premiership where the level of competition will be far stronger. But Otago demonstrated it is capable of lifting its performance and the side should be competitive.

North Otago produced an utterly dominant opening 40 minutes to set up a convincing 33-19 win against Wanganui to claim the Meads Cup in Oamaru.

Veteran prop Ralph Darling added an exclamation mark when he potted a opportunistic dropped goal towards the end of the first spell.

It was greeted by about 1200 fans with stunned wonder and then slightly manic laughter.

It was a clear sign the visiting side was not going to find a way back into the match. It it was outmuscled and out-enthused by the home side.

The performance was made all that more irresistible because it was the seasoned campaigners who led the way. Darling stole some limelight with the dropped goal but his work in the tight was first class, while midfield back Lemi Masoe was influential and ran until his legs could barely support his frame.

Halfback Robbie Smith owned his opposite and performed well in his 50th game.

Dunedin import Charles Elton had a tremendous game at lock and a tireless season.

The Meads Cup is the symbol of Heartland supremacy and North Otago was mightily proud to have collected its third title since the format was introduced in 2006.

A tough call but North Otago winning the Meads cup is my vote.

I m surprised the Otago rugby does nt make the shortlist for the Ranfurly shield run. If they d beaten or drew with Canterbury to retain the Shield for another summer they d have cleaned up this title.